We're bringing you a new adventure in 1.37, which will be playable both as a solo adventure and as a team adventure!

Here is a sneak peek of the new playable master: Siege Imperator Ruby. 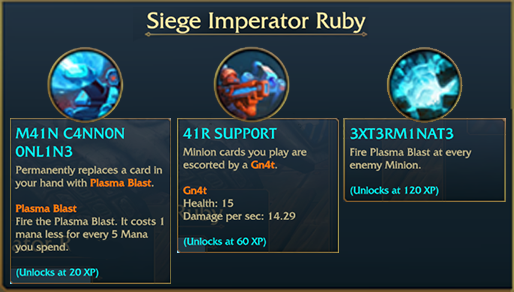 And a sneak peek of SOME of the new relics introduced in the adventure.

In the future we hope to make all prior adventures playable as solo and as team as well!

As we previously announced, from 1.37 we will stop selling the older adventures Quest for the Mountainshaper and Saving Jadespark Jungle. They will no longer be available for purchase!

If you already bought them nothing changes for you. You will still be able to play them.