Arenas getting graphics overhaul in 1.37! 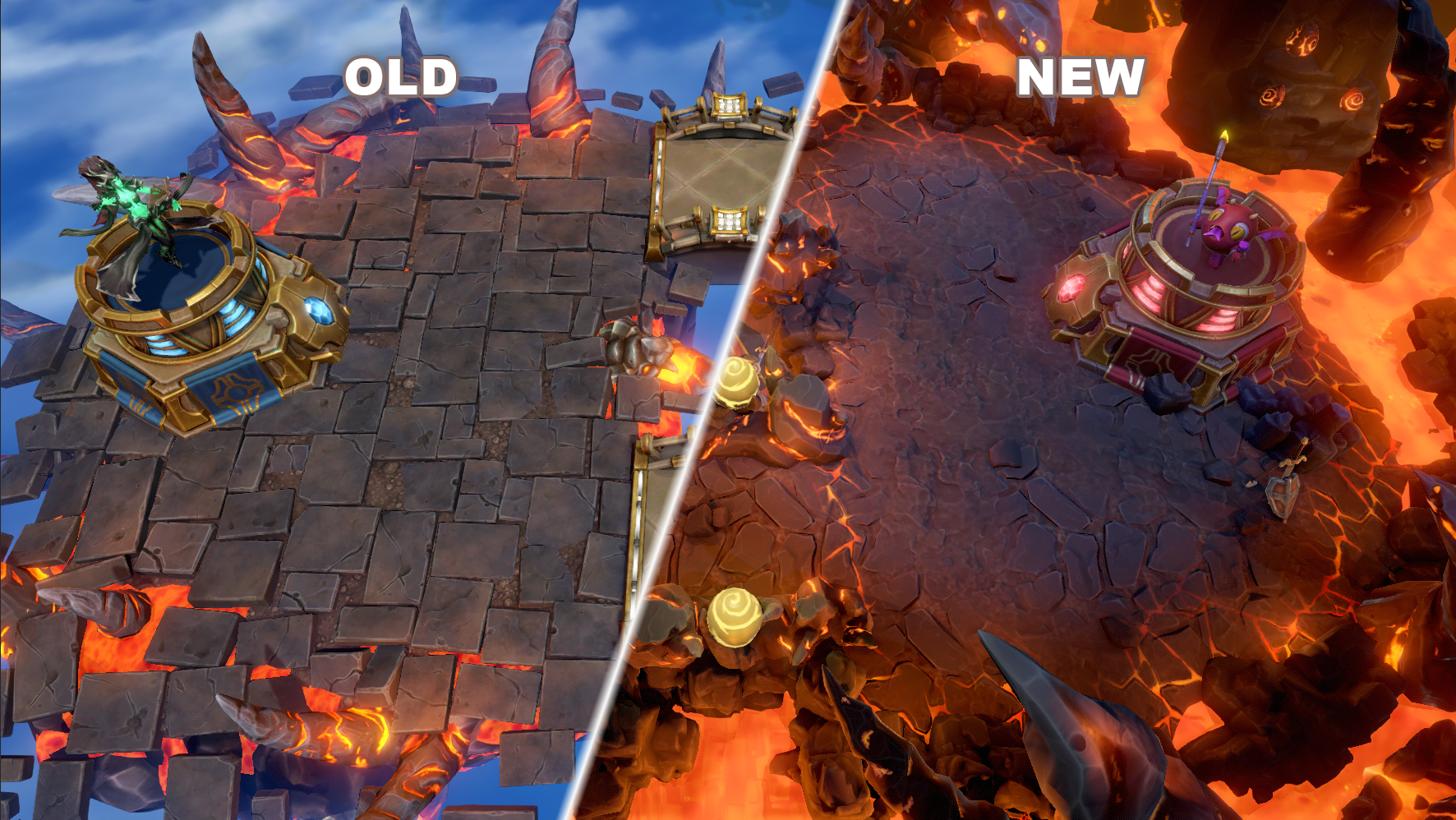 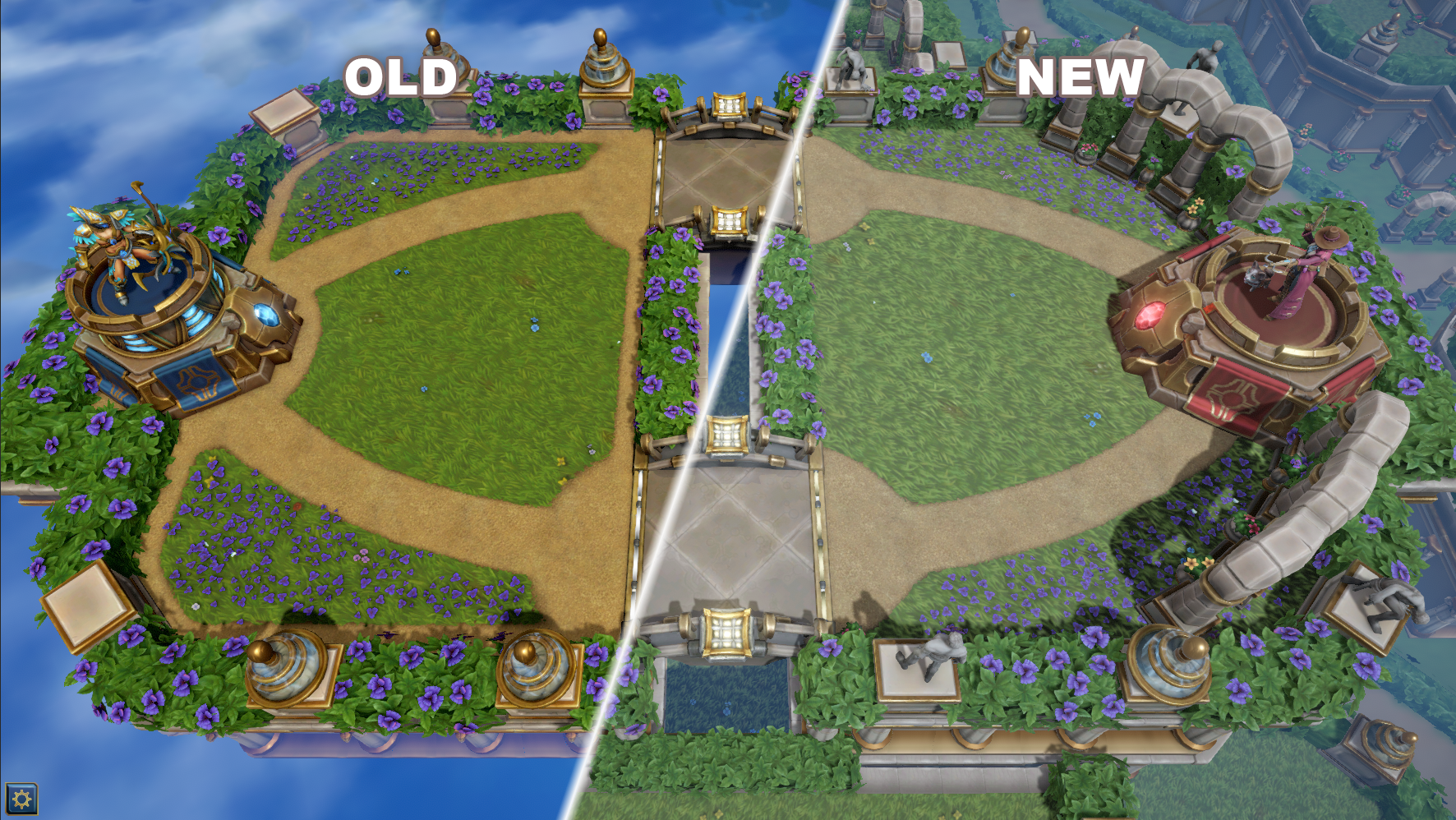 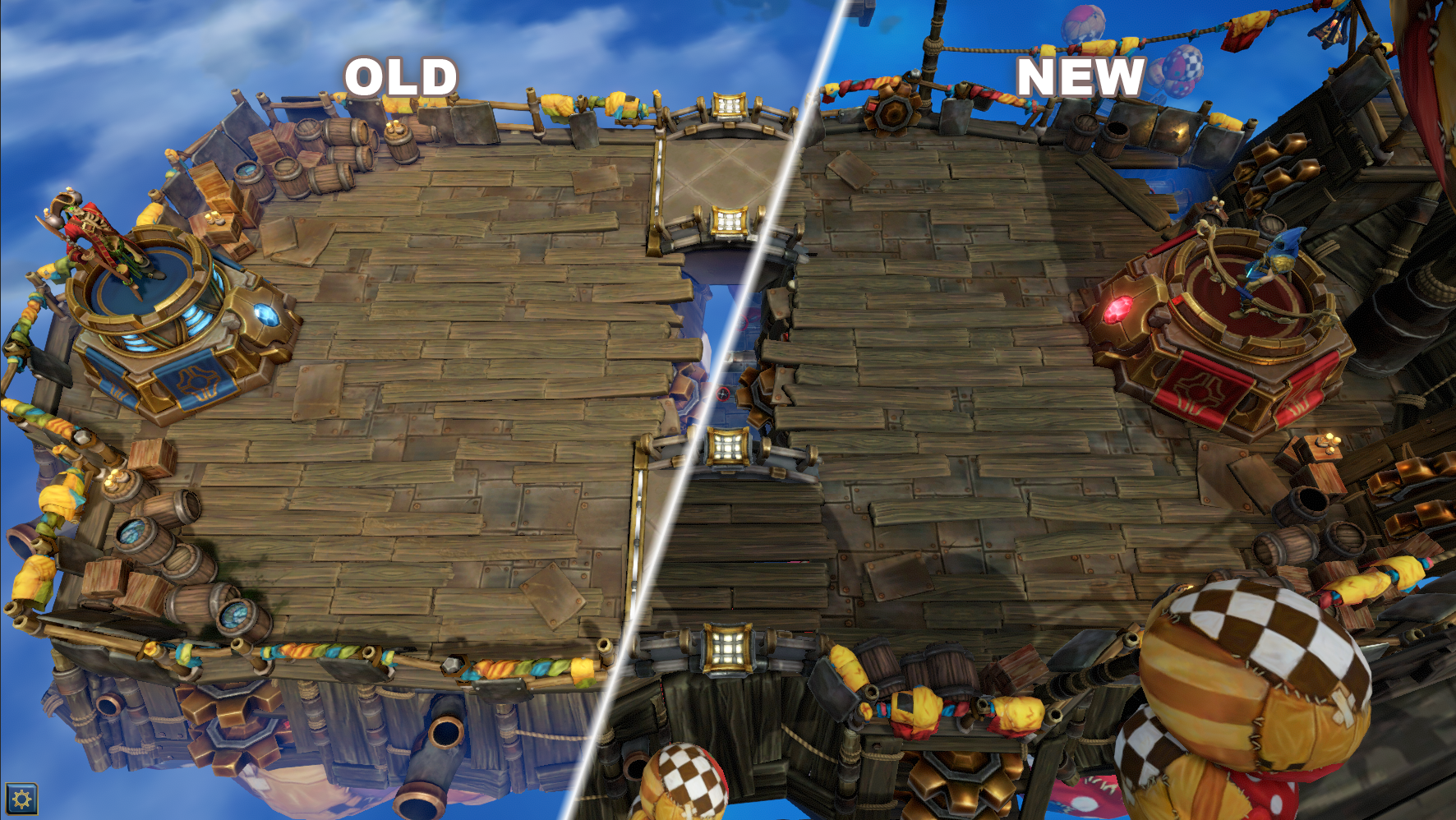 The approach for the graphics overhaul has been to implement them as proper in-world areas instead of as floating platforms. This creates a more immersive effect that we prefer, but also has implications for how this works technically. The loading happens entirely differently which means you may notice a more marked transition when switching arenas for example. It also means we've been able to tweak and optimize things so that some people, depending on their rigs, should see better performance at lower quality settings. 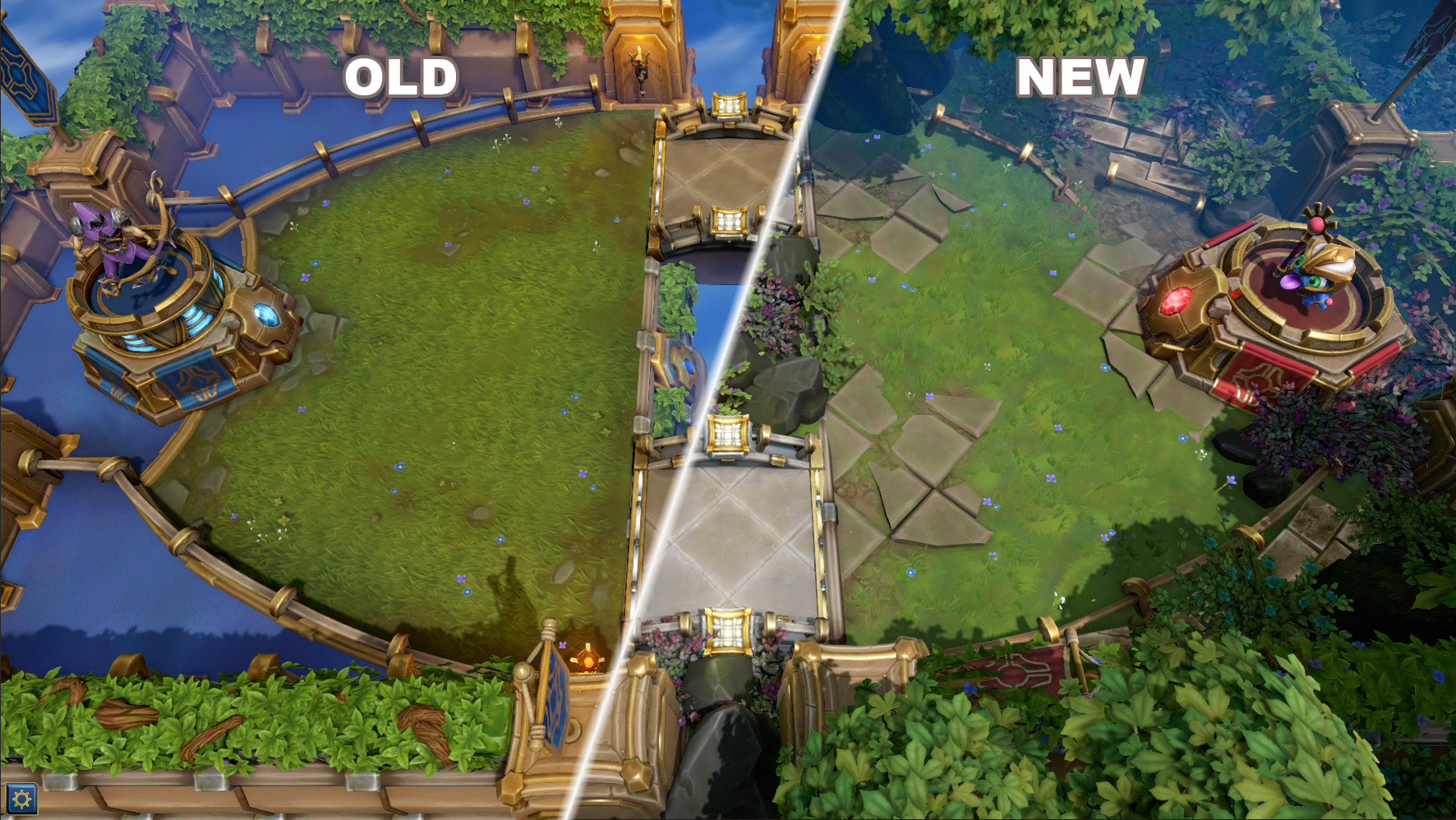 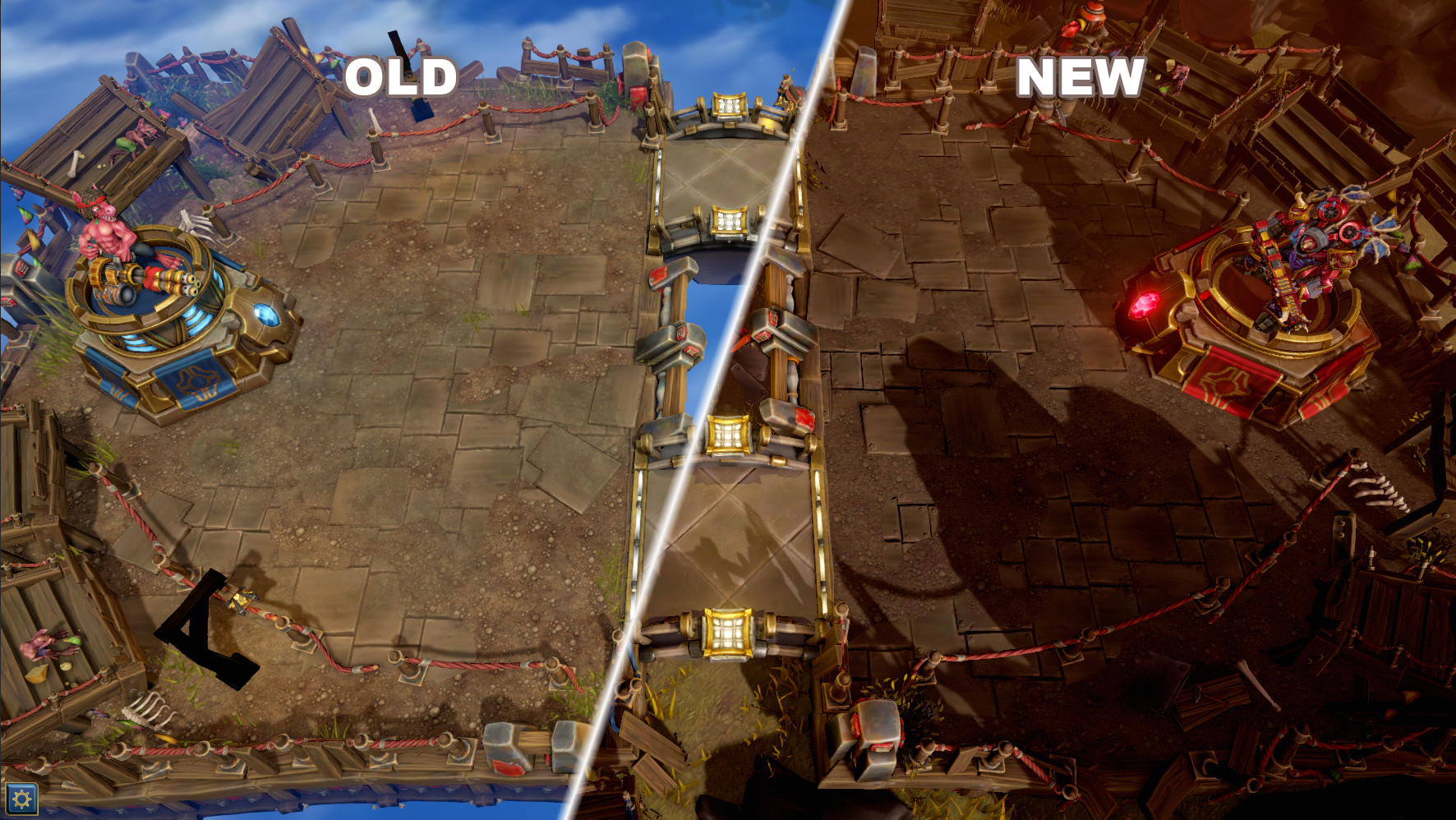 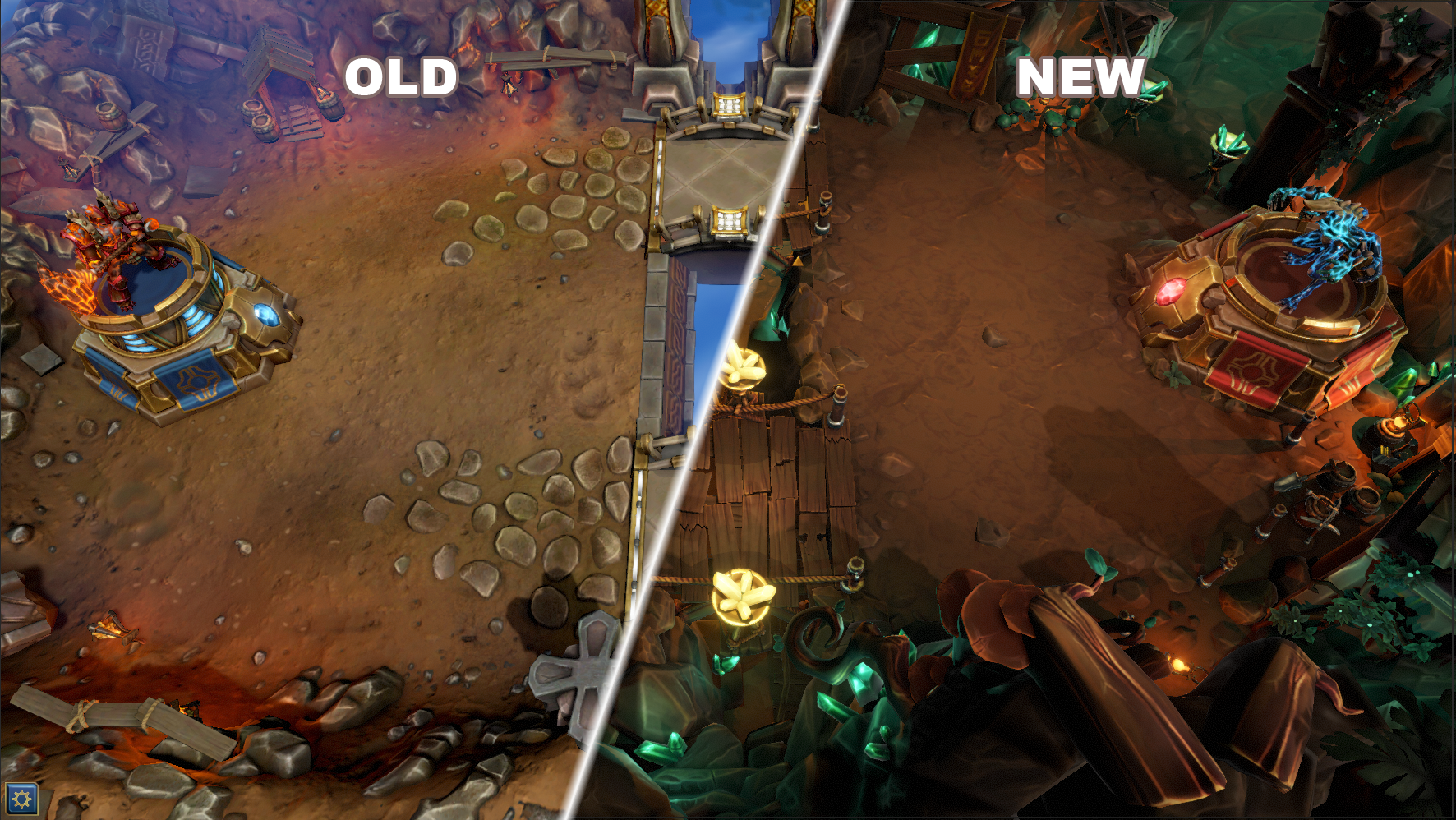 This choice of making world scenes means that we can't seamlessly integrate two different arenas, so we have decided to just use one arena for each match.
We also changed the selection system such that arenas of higher rarity will have a higher chance of being selected as the arena used in the match.

The skin in the Season Pass for 1.37 will be a new arena themed around Forced Showdown! 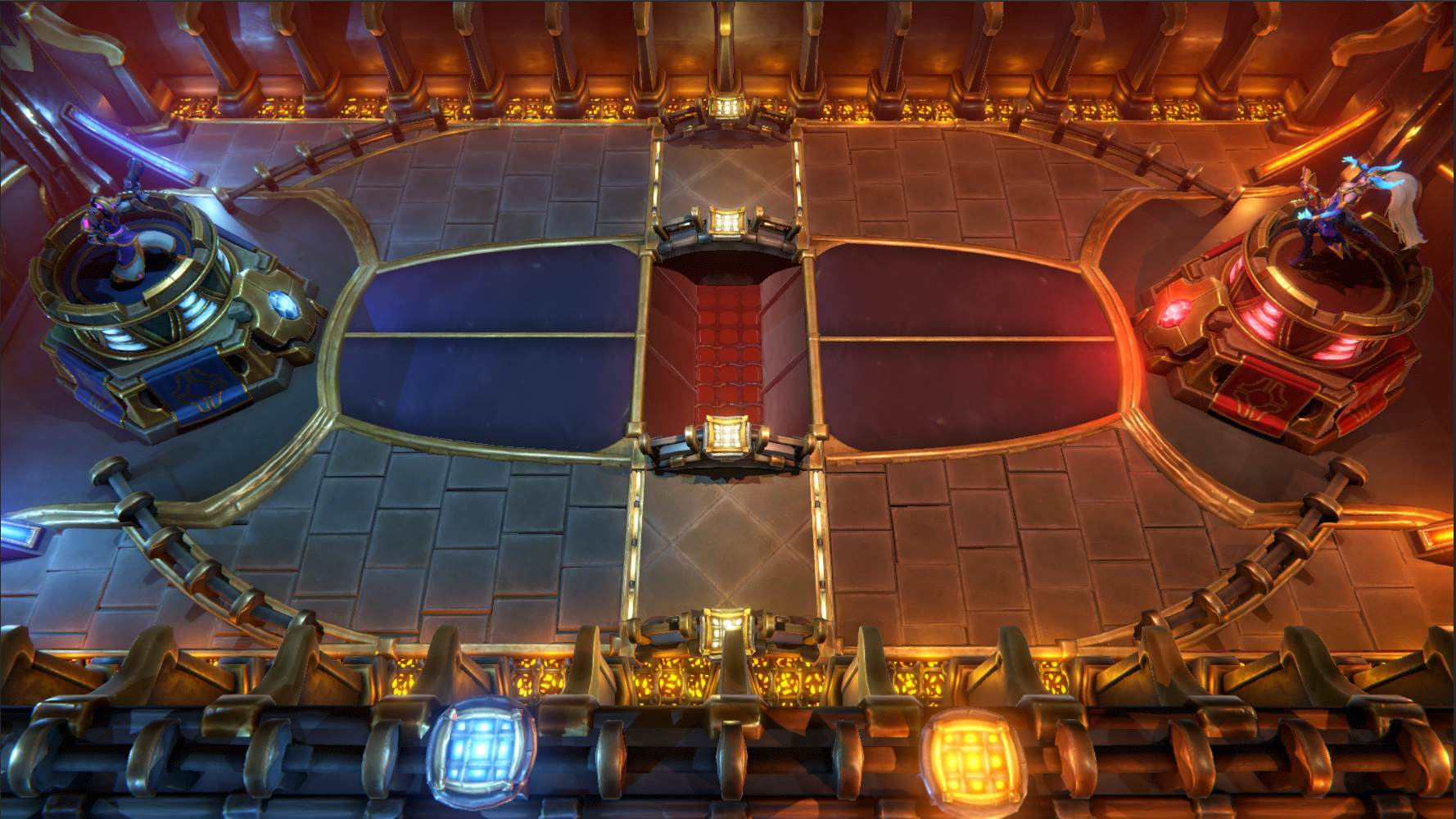