We took to our Twitter and Facebook again this Wednesday to showcase Valorian's third perk, and a full video showing him in action!

His third perk, Divine Light, doubles both Valorian's damage and the healing from his first perk. He starts to pack a major punch now, with Searing Light being able to do significant damage to even the mightiest of foes!
We also showed a full gameplay video of Valorian, to give you a better idea of how he works in action! Check it out here: https://twitter.com/BetaDwarf/status/1303739953558335489
With everything Valorian revealed, we've got new cards to show off in our run-up to the release of Version 1.17, when our new Master will be arriving to the arenas! He'll be available in the Battle Pass, or you can unlock him instantly when the update drops with the All Masters Upgrade. Stay tuned! 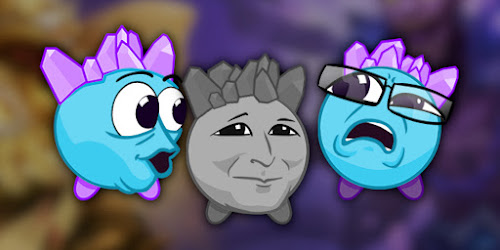 Missed out on previous opportunities to get the Twitch Memotes? No need to worry - They're making a return in Version 1.17's Tri Team Tourney!
It's as simple as ever to collect them - Get 15 keys of the team representing the Emote you want by winning Prize Fights or watching Twitch Streams with Drops enabled, and claim your reward! As always though, you can only open one chest - So choose wisely!

We've teamed up with Prime Gaming again to grant its members a free copy of the Zealous Inferno DLC!
Zealous Inferno is the Faction Box for starting or expanding your Empyrean faction collection. This is a great +300% value bundle of Empyrean cards, including the stalwart commander Caeleth Dawnhammer (Legendary!) and 2 exclusive Empyrean cosmetics.
Get your free copy of this huge DLC with your Amazon Prime membership today! https://gaming.amazon.com/loot
Cheers from BetaDwarf!