The Nightmares Adventure is out NOW! 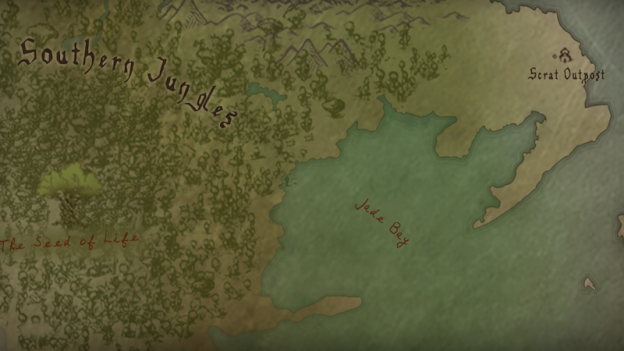 The Final Chapter in the storyline that began with Saving Jadespark Jungle is here!
It's time to make your counter-attack against the Voidborne demons. It all comes down to this - You win this war, or Jadespark Jungle may never see light again. No pressure.
Featuring our new Master Valorian as one of the playable Adventure masters, with unique perks, and a preview of Searing Light as one of his starting cards - Check out his amazing visuals in action before he releases in Version 1.17! Alternatively, take up arms as returning masters Milloween or Nylora to push back against the demon threat. Be it righteous retribution, arcane armageddon, or some simple voidborne vengeance, stand defiant in the face of the nightmares to save Jadespark Jungle!
There's also two new relics - For The Greater Good, which instantly combusts a friendly Minion when their health is below 50%, or another extra-rare new perk from the insane mind of a particular BetaDwarf programmer. Get your hands on the thrilling conclusion for just 700 Rubies!
But don't take our word for it - There'll be a livestream on the official Minion Masters Twitch Account tonight where Community Manager That Sprite will be taking on the challenge of both Normal and Hard mode - and trying not to embarrass himself in the process! Make sure to stop by our Twitch channel at 1800 CEST and hang out with the community in a much more relaxed environment to our regular Developer Streams!

Have you been keeping on top of the reveals of our brand new Master? If not, don't fret - We've got a handy recap of what we know so far!
Valorian is a brand new Empyrean Master coming in Version 1.17 as part of the Free and Premium Season Pass paths. This superhuman warrior is ready to take on any foe without fear!

He comes with a mighty basic attack that deals 40 damage every 2 seconds, at a range of 10 - Getting buffed up by 5 damage for every Empyrean card in his hand, up to a huge 60! His First Perk, Holy Light, has him dealing out small doses of 15 healing to up to 5 friendly Minions on the battlefield every 5 seconds. It's not a ton, but it can make all the difference!

Meanwhile, just yesterday we revealed his second perk, Searing Light - which adds a card of the same name to Valorian's deck. Searing Light is a 1 mana spell card that has Valorian dive off the Master Tower with his holy wings to strike down his enemies personally. It uses his Master Damage, meaning you can get extra value from having Empyrean cards in your hand while playing this!

That's all for now, but stay tuned next week to our Twitter and Facebook for the reveal of his final perk and a full game featuring Valorian to show off everything in action!
Cheers from BetaDwarf!