The Mini-Update has just dropped containing the balance changes from Version 1.7 as well as the new Mal'Shaar's Malicious Malediction Mayhem. Are you having fun with them? Let us know! In the meantime, there's two weeks until The Quest for Mountainshaper releases, and this week we'd like to look back at the past.


Long time Minion Masters player Ecke brought this video to our attention from the BetaDwarf Archives. What you see is one of the first Minion Masters prototypes from its early infancy back in Summer 2016, using lots of early graphics and models from our previous project Forced Showdown. Lots of weird animations back then, too - Check out that sway on Ratbo, and how Sniper Scrat doesn't even take aim. It even features Ratbo's old second perk where he could attack at global range if he had more than 10 minions summoned at a time.

It's great to look back at old footage like this and see how far Minion Masters has come since then. Thanks again to Ecke for pointing us to this!

Remote Play Together in FORCED! 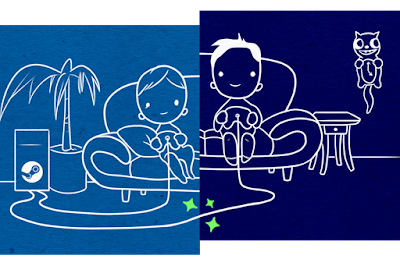 Forced was the first game BetaDwarf made out of university, for which you can read our incredible startup story here. Forced was acclaimed for its great co-op gameplay in a time where games had begun to focus on more solitary, less social experiences. With our next project having that same focus of connecting people together with Friendshipping, it's great to look back at where it all started for inspiration.

Steam Remote Play Together allows you to play local multiplayer games with your friends online across the world, as if they were sitting next to you with their controller plugged in. For Forced, this could mean you'll have less connection issues when trying to play with your friends as you're using Steam's new and improved feature rather than our old and non-optimized multiplayer setup.

To celebrate the release of Remote Play Together, Forced is currently on sale until November 25th on Steam. We hope you'll take this opportunity to play through BetaDwarf's first adventure into the games industry as we prepare to expand in new and exciting directions!

Version 1.8 & First ranked season of The Quest for Mountainshaper

We decided we'd like to get ahead on communicating upcoming content around the Christmas period, so we have some information for you about what we'll be up to. Version 1.8 is currently scheduled for the 18th of December and will include a Christmas Event, Balance changes and a couple of things that didn't make it into Version 1.7.

Additionally, the first ranked season for The Quest for Mountainshaper will have a longer duration than normal. The current season has been extended to the 5th to coincide with the release of our new expansion, and because Version 1.9 won't be until the 16th of January (as currently planned) the next ranked season will end there.

Following a recent string of tournaments he's hosted, BadAsAFish80 is back and venturing into the relatively untapped realm of 2v2 Tournaments. Here's what he had to say on Reddit:

Many of you have asked for me to provide a 2v2 tournament therefore I'm excited to announce that we are doing it! Since this is the first of our 2v2 tournaments it will be designated as a test event so that we can see how the scheduling and rules are applied to this game mode, therefore I need your help to get as many people into the tournament as possible. There is no cash prize pool for this event but the first "proper" 2v2 tournament will be supported by BetaDwarf providing a $200 prize pool with registration starting for that event on the 1st of December.

I'm really excited to get the 2v2 tournament scene up and running and I hope that you all can join me in this and future events to have a lot of fun, to support the community and of course win some prizes!