We're changing up our blog schedule to release on the same day as our new E-mail Newsletters - Thursday! Our main reason for doing this is to avoid major content overlaps between them and to align better with future Update days. 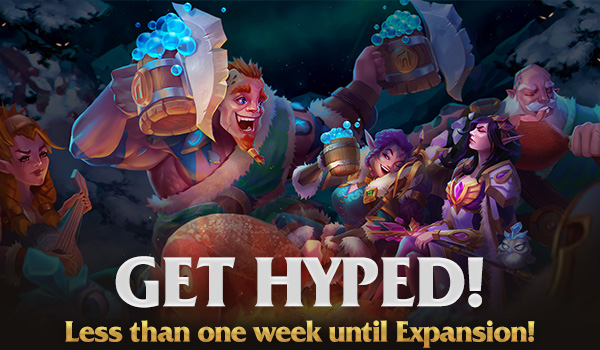 The Quest for Mountainshaper is releasing next week, Masters! After the short delay for our Mini-Update in Malshaar's Malicious Malediction, the new release date of the 5th of December is almost upon us. Have you been keeping on top of all of the latest reveals from our Update Site?

We've got a Developer Stream coming up on Monday the 2nd to show off all of the new content you'll be able to play with, including all the new cards and a live demonstration of Adventures. You can find it on our official Twitch Channel at 1900 CET - We hope to see you there!

Thanks for all the submissions we've received regarding your card ideas so far! A lot of them have been really interesting to read through, and today we're highlighting Aymei's set of Accursed cards, including a new mechanic:

New Mechanic - Accursed Bones: Bones are dropped from certain Accursed cards, like the Undying Skeleton. It is used as a resource to cast certain abilities.

Corpse Explosion - 3 Mana Spell. Destroy bones in the target area, dealing 100 damage to ALL units. Can only be used in your arena.

Ghoul - 5 Mana Minion. Consumes all bones on the map, getting bigger and stronger. Gains 75 HP and 10 damage per bone consumed. Base 150 HP and 20 Damage.

What we like most about this set of suggestions is the idea of creating a long term win condition through the new Bones mechanic and creating powerful cards that take advantage of them, but with major drawbacks to including them in your deck to offset their lategame potential. Corpse Explosion for instance would do nothing without any Bones in your field, requiring you to set it up first, while Ghoul only becomes valuable when there's a large number of Bones on the field, making your strategy predictable to your opponent in exchange for the raw potential.

Want your card suggestions featured on our blog? Send your ideas to thatsprite@betadwarf.com !

Lastly, we've got a little bit more to show off regarding that Crossbow Dude and the Priestess from a few weeks ago. 10 seconds more, in fact:

The keen eye will notice this Priestess looks a little different to what we currently have in game. What could it all mean? You'll find out soon!