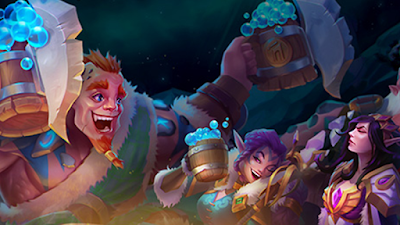 We've got good news and bad news - Let's start with the bad. We try to align expansions with promotional opportunities because they enhance the opportunities we have to bring more players to the game. Unfortunately, a lot of things are conflicting currently, meaning our opportunity doesn't align effectively, meaning fewer players. It's important to us that the game keeps growing, so we have to delay Version 1.7 and The Quest for Mountainshaper to the 5th of December. We know you've been excited about things, but we truly believe it's better for the game if we wait just a bit longer.

To make up for it, we're releasing a new mayhem mode on the 21st, as a teaser for the upcoming community-voted card, Mal'Shar! We'll have a special prize for playing the Mayhem, and the Mayhem is replacing the "Two For Free" one currently scheduled. We'll also be doing a mini-update on the 21st that includes all of the balance changes that were intended for 1.7. The ranked season will not, however, be resetting until Version 1.7's release. Here's one of the balance changes we intend to be making:

The Conquest and Battle Pass will also be prolonged, meaning you have more time to get any last rewards you have to collect. Additionally, the last few reveals on the Update Site for the expansion are having their reveal dates changed to reflect the delay. The release of the third chapter of Adventures and the intended December 1.8 patch are also delayed - More information will follow soon. 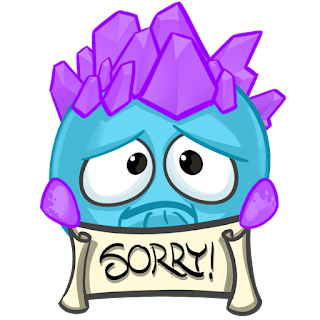 We want to hear about your card ideas!

We'd like to start a new feature on our future Blog Posts where we can highlight some of the brightest creative minds in the community - And what better way to do that than to hear what kind of cards you think should be added to the game?
We're looking forward to see what you can come up with!

Zox earned his PhD in Kinesiology; Master’s in Psychology and a Bachelor's in Philosophy almost 20 years ago. His path was set until this all changed in 2009, when a life changing accident left him disabled and unable to work.

In a struggle to find a new path, he turned to gaming to take his mind on a new, and never ending journey. World of Warcraft followed by Hearthstone was the start.

Achieving PVP Gladiator in WoW Arena and Legend multiple times in Hearthstone with a high rank of Legend 69 left him wanting more.

He found his way to Twitch Affiliate July 9th 2018 streaming Hearthstone. Then transitioned to Minion Masters full time on July 1st 2019, where he was able to achieve GrandMaster in just 2 short weeks! He is known in the wonderful Minion Masters community as DoctorZox to his Twitch family and friends, where you can find him live with his faithful and loyal companion Kiaya!