With the balance changes of Version 1.5 hitting the game, it's time to get to work on Version 1.6, and we've already got quite a bit to share. So let's not waste any time:

As many of you no doubt saw on the roadmap, we've been tinkering away at a visual upgrade for Apep the Almighty behind the scenes for a while now to bring him up to the better standard of our other masters. The model he currently uses is from our previous game Forced Showdown, where his design was to be somewhat brutish and arrogant, resorting to direct approaches to a fight. A more modern Apep is a much more sinister and cunning figure however, manipulating his devoted followers for his own gain. Here's what our redesigned Slither Lord looks like: 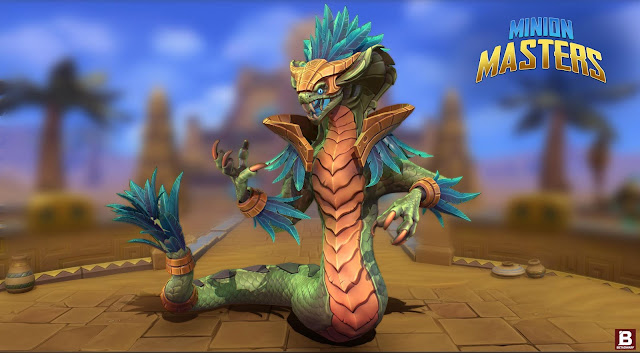 As with the Slither visual upgrades, we've incorporated a healthy dose of Aztec mythology into this new look. We're looking forward to hearing what you think!

The Emote Contest rolls on 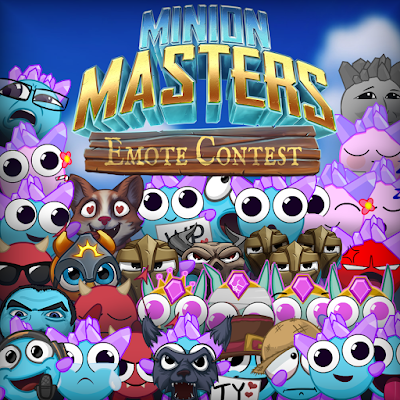 Don't forget to enter our second Minion Masters Discord Emote Contest! There's still plenty of time to enter, with the deadline being the 23rd of September. Three lucky winners will be having their emotes permanently added to our server, so if you think you've got what it takes to make some cool icons, check out our blog post here and read how to enter!

1.4 saw the release of our new ranked league, the Contender League, a new height to reach requiring players to prove themselves in the Grand Master ranks by attaining 2000 Ranking Points without the aid of win streaks. It's been a lot of fun seeing those that push themselves above and beyond the others, and we've got some statistics to share from its first ranked season.

Of all Grand Masters in each rank, the following amount of players proved themselves to reach the prestigious rank of Contender:
We're very interested to see how those numbers change in future seasons! Could you be skilled enough to be in that top percentile of Minion Masters players?

A new Competitive Minion Masters League will be starting very soon! The Challenger League, headed by long time Minion Masters veteran Julaiwnl will be featuring its first Double Elimination Tournament on the 21st of September. Here's what they have to say:

A few passionate community members are now going to be hosting monthly tournaments for all of you to enjoy, whether you are a casual player, or a really competitive one!

The Challenger League is now open to the public, and looking for its first champion!

The TCL: Volco Cup 1 will be hosted on September 21st, 13:00 UTC.
It will consist of a Double-Elimination Bracket (Best of 3 & Best of 5), with people submitting 4 decklists + Sideboard.
All participants must join the TCL Discord to compete: https://discord.gg/qNCEtRG

Prize Pool of $200 + In-Game Prizes, check on Rulebook below!

Take a look at the full rulebook of the event here: http://docs.google.com/document/d/1SpQc4yC4G0ngJVUwKMbWDZlAsNY68wO9xkpXBQVWS_A

Register to the TCL: Volco Cup 1 on challonge: https://challonge.com/TCLVolcoCup1

The TCL Staff wishes you all good luck!

We're certainly looking forward to more tournament play, and we hope you'll be there to support this new grassroots league!