It's been a busy few weeks here at the office, but release is finally in sight, and there's a lot to discuss regarding it, whether you're playing on Steam, Discord or Xbox!

With the release of Minion Masters also denotes a new versioning scheme for the game as we leave Early Access, with future patches following the schema of 1.0.X. This Update will include the launch of Bones & Bravery, our seventh Battle Pass, as well as a number of Balance adjustments and the full release of the game on Xbox One. The release of Minion Masters is currently scheduled to be the 24th of May and will include the Founder's Gift gift of a Legendary Card and 5 Power Tokens for everyone that purchased Minion Masters before we went Free to Play.

The Early Access period of Minion Masters has been a fun and exciting period in BetaDwarf's history, and we're glad we were able to share this experience with all of you since the game's inception. Thanks to everyone for your continued support! 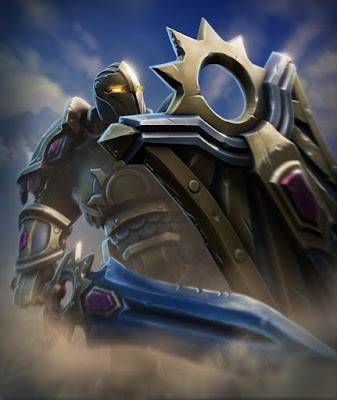 One particular set of cards that we have received many requests for balance adjustments to is the Stormy/Priestess/Guardian decks that have been prominent since the release of Stormy. Guardian in particular is a card that has been in our sights as problematic for a long time, particularly as an enable of "cheese" decks. However, we want to make sure that when we make a significant change to the card that it's the right one that allows Guardian to retain its status as a tanky protector, but much less combo reliant in order to be viable. Hopefully we'll have more news we can share in the future as we investigate solutions to the card.

But in terms of balance changes, that's not all you can expect out of our big release update. Next week we'll be discussing a rework to a certain Buff mechanic, so stay tuned to hear more about that!