It's been an exciting week at the office after the launch of Minion Masters. It's certainly been a wild ride and we're ecstatic to see so many new players joining the fold, especially from our new friends on Xbox One! We certainly saw enough traffic to make our servers sweat from the pressure, and the amount of interaction we saw on Twitch was phenomenal as well (even if we may have been giving a bit too much away from the Twitch Drops ;) ). We're close to 2 million registered users now, so thanks to everyone for making it such an unforgettable occasion! With that out of the way, it's no time to start the brakes on the hype train, and today we're talking about Version 1.1, which is due to release on Wednesday the 5th. 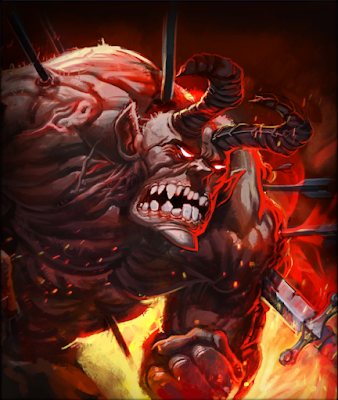 Our headliner for this update is the Community Voted card, Spawn of Fury! Chosen as part of the Card-House Contest last year, this new Legendary spell card will be available in v1.1 for 2000 shards, or as part of regular Power Token spins. Let's take a look at what to expect: 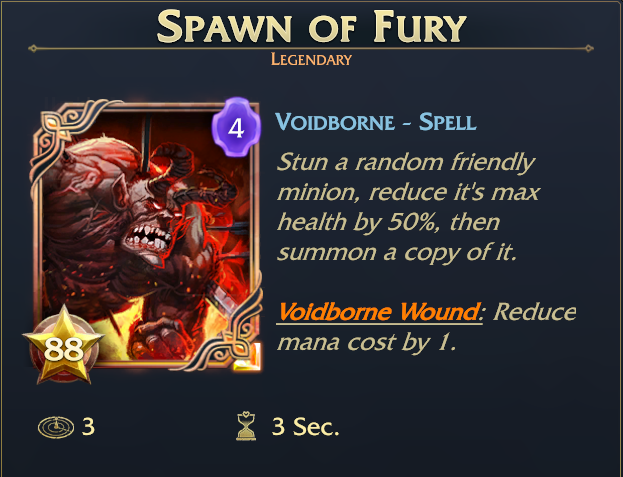 Spawn of Fury can duplicate your powerful, hard hitting minions, but it comes at a hefty price - 50% health is certain to make even the biggest of creatures a lot more vulnerable. The health reduction becomes the new maximum HP of the unit, rather than simply setting the unit's health to 50%, so you can't just heal the unit back up or take advantage of an easy Ravager perk 2. Additionally, the duplicated minion will spawn behind the original.

How do you think you can best take advantage of Spawn of Fury? What minions do you think can make the most of that duplication? We'd love to hear your thoughts!

On the not-so-distant horizon, our new master Morellia will be arriving in Version 1.2, bringing her powerful Undead magic to the flying battlegrounds. The merciless sister of Milloween has been a ton of fun to play with behind the scenes, and we've been receiving extra feedback from our PTR group to try and make sure she's in the best state possible for her release, along with a whole heap of Balance Changes to shake up the meta, including our proposed change to Guardian. Expect to hear more about that in the run-up to v1.2!

Want to help out with testing future content and Balance changes? Sign up for our PTR today using this application form!

The Second Prince Puff Cup has been scheduled! Last time was an entertaining off-season tournament, and it'll be great to see all the new blood that joined Minion Masters competing again for that wonderful prize of Dynasty Milloween and a Super Mega Dwarf Pack! Here's the pitch written by none other than Julaiwnl themself:

For the 2nd PPC, we will be doing the following:

Double-Elimination Bracket, with Sideboard.
Players will submit 4 complete decks (Master + 10 cards), and an extra list of 10 cards used for Sideboard. They will be able to replace ANY of the cards from their original decks with those from the extra card list in-between games only, so chose them wisely!

Banned Cards from the Tournament:

Please, take a look at the full rulebook before participating: https://docs.google.com/document/d/1VmSU0mv9BzS1lyu5KSCkseen5UjdF4PQm4Bx8UEBWcU

Both the King Puff Cup and BetaDwarf Staff look forward to seeing you there!