The weekend is gone and with the new week, we're looking forward to another update this week, currently scheduled for Wednesday, June 27th. We had some rapid balance changes last week, but there were more changes planned that didn't make it into Update 69. So let's have a look what Update 70 will bring to Minion Masters! 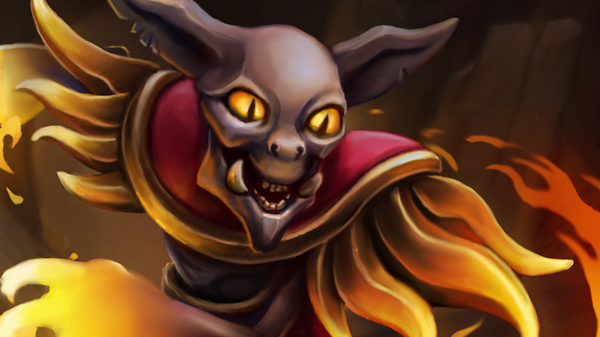 Now, the headline might sounds more complicated as it is. What we're basically aiming for is to rescale the attack speed for several Minions such as Fire Imp, Blastmancer, Spiritmancer, and so on. Why is that? Well, back when Inspire was still a thing, Minions such as Fire Imp would have become too strong with attack speeds faster than 0.8 - thus, we rescaled these Minions. Meant more impact damage with slower ticks of damage.

As we all know, Inspire is long gone and so the balance team finally find the time to look at this subject again. Before we go into detail, please remember that all we announce right now is still subject to change! Here's what we're planning for Wednesday:

Increasing the tick rate for the Fire Imp makes the unit very powerful in many situations. To counter this buff, we lowered the total damage dealt per cast (220 damage compared to 250 damage before). Overall, the DPS won't change (50 DPS).

Blastmancer & Spiritmancer
Now, Blastmancer and Spiritmancer will see a slight increase in DPS (13.3 to the former 12.5). The damage also happens much faster, since the time between their "Ticks" is significantly lower.

We plan more balance changes, but we're not totally sold on the current numbers, yet. That's why we will just list the Minions/Skills below and hope that we can go into more detail tomorrow live on stream:

Update 70 will come with several improvements and bug fixes, of course, and we will happily inform you about the most important changes tomorrow at 18:00 UTC live on Twitch!

"Again no changes to the Demon Warrior announced? Are you Dwarves serious?"

Yes, we are! And we are working on it. The Demon Warrior changes are currently scheduled for Update 71. More information on that subject will follow soon.

Tengs & Erythais can't wait any longer and luckily for both of them, Tuesday is right tomorrow. As they announced last week on stream, the start time changed from 20:00 UTC to 18:00 UTC. This decision was mostly based on community feedback and some community members are already happy about the stream happening earlier than 4am local time for them (looking at you Sinilil).

This list can get longer quite easily if some Dwarves in the office decide to put more into Update 70 as currently planned ;) Besides a lot of talking points, Erythais will have nice in-game codes for you and 2vs2 viewer games are also planned, again.

Make sure to tune in tomorrow at 18:00 UTC live on Twitch, Masters!

That's all for today, Masters! Have a nice start to the new week and good luck on the flying arenas.