We're reformatting the Free Spin rewards and moving it into free shop offers, removing some Ruby rewards and changing the Battle Pass price. 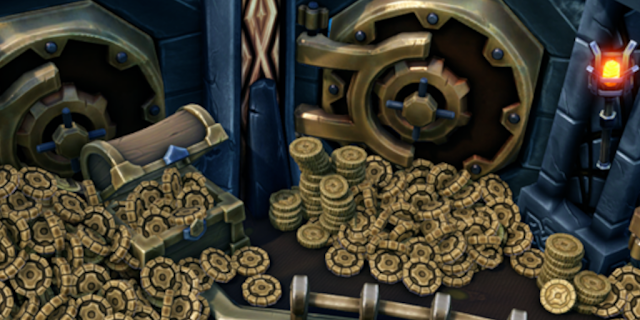 In previous posts, we've detailed how we need to make adjustments to the Minion Masters Battle Pass system in order to ensure that the game isn't "too free", as well as to create a more sustainable game for us to continue to work on going forwards.

While the recent changes have proven favorable, it also began to highlight that we would need to make further changes to how the Economy of Minion Masters functions for us to achieve this goal, and to keep supporting the game we love. In particular, one of these necessary changes are to the income of Rubies a player receives.

Their inclusion in the natural economy of the game has been enjoyed by players for a long time, but as the game has aged they have also harmed the game's monetization to a significant extent by creating scenarios where players don't feel they have any "buying power" when it comes to Rubies. "Why spend money on the game's premium resource if it's so readily available just by playing the game?" is a sentiment we've seen echoed many times throughout the community, and it's something we've been able to measure the true impact of on Minion Masters. As such, it was apparent to us that they were the primary element about the in-game economy that had to be changed, and a lot of the reworks we will be discussing in this post come about as a result of this.

As always, our continued goal with Minion Masters, and top priority with these changes, is to ensure that the game remains "fair to play" for everyone, regardless of if you pay for access to new content or not. We're working to keep Minion Masters the most generous F2P game out there, and we don't want to start pinching people's wallets. New content should be available faster if you pay for it, but not be stronger than content you can earn for free. Cards should afford new opportunities - not advantages.

But to keep the game sustainable, we need some measure of control over the premium economy, which we are currently lacking.

The first step we're taking is to replace the "Free Spin" resource token you receive every day with a free Shop Offer instead. The main reason behind this is due to the ability to gain Rubies from the Free Spins, which is the resource we are looking to limit in how much you can earn with these changes.

If we simply removed the Rubies from the spin however, we also feel it wouldn't be very interesting for a player to use every day, so we're aiming to replace it with constant Free shop offers that allow us to potentially create more interesting daily rewards, like random copies of cards that might be more valuable to players than a small sum of Gold.

The larger source of Ruby income we're changing, however, is those that you receive from ranking up in 1v1, 2v2, and 2v2 Premade modes, as well as the large quantities you receive every 5 levels after Account Level 50.

These were by far the largest source of free Ruby income for players, and were the biggest contributing factor to the feeling of Ruby purchases being unnecessary for experienced players, while feeling somewhat unfair to players that weren't capable of reaching the higher ranks in each mode. They also made it feel somewhat mandatory to "grind out" Grand Master in all 3 modes each month, else you would miss out on a significant amount of free player income.

To put it into perspective, a player that reached Grand Master in every mode would earn 975 Rubies - If they earned 10 Profile Levels, they would be getting an extra 550. This meant the typical monthly Ruby income for this player was 1525 Rubies - enough to cover the price of the Battle Pass. If you were a player that could consistently achieve this every month, there was essentially no reason to ever pay for Rubies, and this had significantly hurt the sustainability of Minion Masters for a long time.

As such, our goal is to keep it a generous and rewarding track, but to separate it from the premium economy. These plans are subject to possible change, but in the interests of transparency we've detailed the alterations below:

Note: These rewards repeat infinitely. The Level value is used for the purpose of clarity.

With these changes in mind, we're also making the decision to make further adjustments to the Battle Pass to reflect the new economy.

Most of these changes come as an evolution of the previous adjustments we made in Version 1.16, where we considered making the Legendary card from each Season Pass only available in the Premium Path. Our main goal with the new Battle Pass design was to find ways we can downscale the scope of the individual passes without sacrificing the quality of their contents, and making players feel their purchases are still valuable.
To this end, the change to create two new cards per month instead of three can be seen as somewhat of a benefit - It allows us to focus our efforts on putting more creativity and time into more polished, interesting cards, rather than having to make ones players feel are less exciting for the sake of filling the contents of the Battle Pass.
As a result of this, we're choosing to reduce the price of the Battle Pass to reflect the lower amounts of new content being added, but also to make it more affordable in the reworked Minion Masters economy. We're hoping that the addition of extra customization items also helps to make up for the value of that extra new card, being a valuable addition to both new and old players alike.
As a final note, the addition of existing customization options should not affect new content of those types - We're still planning on having exciting new Skins, Avatars and Emotes with the new pass system.
We'd like to thank you for taking the time to read this lengthy post. We're optimistic that these changes can help aid Minion Masters in truly becoming sustainable as we wish, and we hope we've been able to shed some light on why we feel these changes are necessary for us to perform. As always, if you have questions, we're open to answer them in our usual channels.

A note from That Sprite

Hey Masters, That Sprite here. For a while now I've been in charge of our blog posts and newsletter communication, as well as the Patch Notes and general responsibilites of the BetaDwarf Community Manager. This week will be my last post as I begin to part ways with BetaDwarf, with my responsibilities being transferred over to RGL_Trinity, who'll be undertaking the role going forward.
This isn't a sudden decision and comes amicably, and we've been working to make it happen as smoothly as possible over the last few months, so nothing should be immediately different for you and I'm confident it's being left in the right hands. You'll likely still see me hanging around the Minion Masters crowd and I'll always be available for a friendly chat.
I'm not one for overly long farewells, but it's been a great two and a half years working with the exceptionally talented people at BetaDwarf, and I couldn't be more glad for the opportunity and the experiences I've shared with everyone. Thanks for everything!
- "That Sprite", Community Manager
Cheers from BetaDwarf!
By That Sprite - November 12, 2020