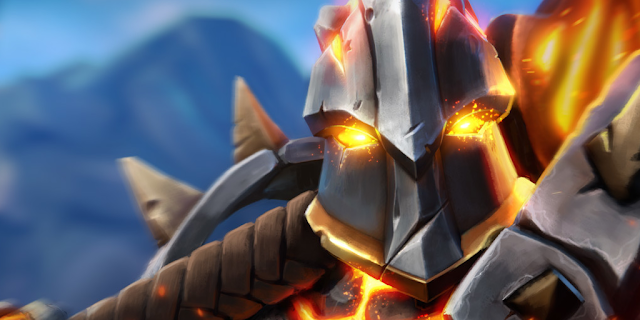 We've got a large overhaul to one of our oldest masters, Volco, coming in Version 1.18. Here's a sneak peak at the new Volco:
Basic Attack
Unchanged
Perk 1 - Burn the Bridges
Add the card Burn the Bridges to Volco's deck.
Burn the Bridges
Both bridges get covered in flames, dealing damage to ground Minions.
Mana Cost: 2
Card Type: Spell
Damage: 200
Duration: 5 seconds
(Functionally the same as the current Burn the Bridges, but now costing 2 mana, up from 0)
Perk 2 - Tempers Flaring
Summon an Ember of Flame every 15 seconds on a random bridge. When a friendly Melee Minion picks up the ember, all nearby friendly Melee Minions gain Rage
Rage
+50% Attack Damage
Ember of Flame
Pickup Radius: 1
Effect Radius: 8
(Embers spawn on your side of the bridge)
Perk 3 - Tempers Burning
Ember of Flame now gives Berserker's Rage instead
Berserker's Rage
+100% Attack Damage. Also self inflict 10% of attack damage
Developer Comments:
For a while Volco has been directed a lot by his perk 1, pushing him into this Spam Master identity. This was never really the intention, as Volco's identity is supposed to be Aggressive, brutish and very much a fighting Master. The Afterburner perk was supposed to give him a tool to put some pressure on the opponent master, allowing him to be more aggressive. However, it has proven that the effect was far too strong which resulted in him being relegated to simply dominating the bridges (with help from perk 2) and spam killing his opponent from a far - Quite the opposite of what we want Volco to really be.
Veteran users will remember the days before Rage was set to 50% where Volco was all about getting to that 3rd perk and destroying your opponent with superior brawling power. This is the style we are trying to get back to with this rework.
By making the rage dependent on the bridge we are hoping to gear Volco into an aggressive track in which he minions are far stronger in offense, rather than in defense. Adding the 100% Berserkers rage should make his perk 3 quite significant again, however the 10% self damage should help make it slightly more manageable to deal with these highly explosive minions.
Ultimately we're hoping this design will help Volco return to his true Identity, as well as removing a play style that has been very frustrating to play against.
It's been a blast playtesting the new Volco behind the scenes, and we can't wait for him to hit the Live servers next week. Let us know what you think! 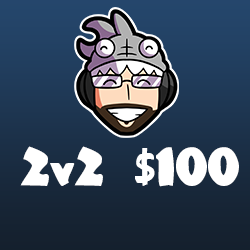