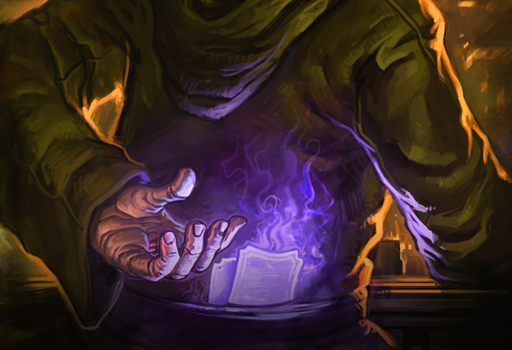 Wild Cards is a topic that's been at the forefront of Minion Masters discussion for a long time. It's been a divisive issue that proved difficult to gain a consensus upon - Today, we'll be talking at depth about our plans with the mechanic going forward.

For those not familiar with the subject of Wild Cards, the main issue that we're attempting to solve is the usage of the mechanic for "cheese" strategies - Where decks would simply take one strong card that was usually perfectly acceptable on their own, and simply add extra copies of it in order to require more direct answers from the opponent lest a severe mana advantage be gained.

At the same time, we acknowledge that there are more innocent uses of Wild Cards - Users that make creative decks from them or simply use them to have fun with their favourite card even if the strategy isn't viable. Because of this we opted early on to not simply remove the mechanic, as we felt it would have been a significant loss to the game to outright remove a feature a sizeable portion of the playerbase enjoys.

As such, the direction we're trying with Wild Cards is to balance them as a mechanic and make them an alternative strategy - So that they can still be appreciated by those that liked Wild Cards before, but also making them more of a considered choice than a straight upgrade to most competitive decks.

This is the solution we're trying:
This comes about as a result of a long period of theorycrafting, testing and design behind the scenes at BetaDwarf. We considered many, many solutions to Wild Cards and will go into more detail about why we didn't opt for specific solutions below.

The main idea with this is to create a significant drawback to the addition of Wild Cards in your deck - Having to cycle extra cards makes decks function much slower than those without, allowing non-Wild Card decks to be able to ideally reach their core cards or responses faster in comparison.

Regarding the Balance Changes we made in 1.11, we felt it was necessary that for this concept to work, significant changes would need to be made to the 1 drop Mana Cost slot to avoid a scenario where users simply included powerful 1 Mana Cards to offset the cycling disadvantage this would provide.

With Version 1.12, we intend to implement this change on the live server for the duration of the patch (Until Version 1.13) as a public test of the Wild Cards rework. While this change was tested with our PTR groups, it was determined that we would need a much larger sample size of games to get a comprehensive and accurate conclusion as to how effective these changes would be. To this end, we're trying out if a full Ranked season can provide the data we'd need.

As such, Version 1.12 can be considered as a "Wild Cards Rework Beta", and we will frequently be polling the community throughout the month to get your feedback as the meta develops.

Other solutions we considered (And why we didn't do them)

Separate Queues with no Wild Cards

Our main concern with this solution was that it would significantly shrink the populations of ranked queues regardless of which modes we implemented this in, and we had no intention of making this a solution purely for 1v1 modes - Wild Cards were problematic in every queue, and ignoring one or the other for the sake of what we saw as a potential bandaid fix wasn't justifiable to us. We also did not want to accelerate an elitist stigma within the Minion Masters Community - Be it "Casual vs Serious" queues, or "2v2 isn't a serious mode, because they still have Wild Cards". We wanted to fix the problem for all of our playerbase, and not to leave major parts of it behind.

This was probably one of our most frequently discussed options. Ultimately there were three elements that made us not go forward with this solution:
1. It would also significantly hurt the "fun" uses of Wild Cards
2. What about 10 mana cards - Would we implement Mana Freeze? Would that be too confusing to newer players? Would we have to instead make it Mana Freeze for all Wild Cards - At which point, would that have much of an impact?
3. Higher cost Wild Cards are affected significantly less by this change - I.E. 3x Lord-Sentinel Thelec

Make Wild Cards unlock with experience/perks (with them being the 11th and 12th cards, but no changes to 1 drops)

This change was tested behind the scenes at BetaDwarf, but we quickly found that it opened up a lot of opportunities for combo decks, both on certain masters (Ravager in particular) or with decks in general that wouldn't have much use for the combo pieces earlier in the game. It allowed you to create a very defensive strategy early game and then transition with game swinging power cards later on.

This was quite a popular suggestion, but ultimately we felt it wouldn't do enough - Removing one of the two wild cards felt like we were simply dodging the issue, while removing the triple wild carding didn't affect Combo decks at all. We're also committed to the idea that Wild Cards can offer something fun and interesting to the game, and this felt like a step backwards.

If you have other questions about this solution, please feel free to get in contact with us about the matter. Reworking Wild Cards has been a consideration for a long time at BetaDwarf, and we're very much looking forward to the results of our public test of the solution.

We have applications open for fan translators of Minion Masters - We're looking to improve the current state of localisation in Minion Masters, as well as create better translations for upcoming content in the future. You can sign up here - Thanks in advance!