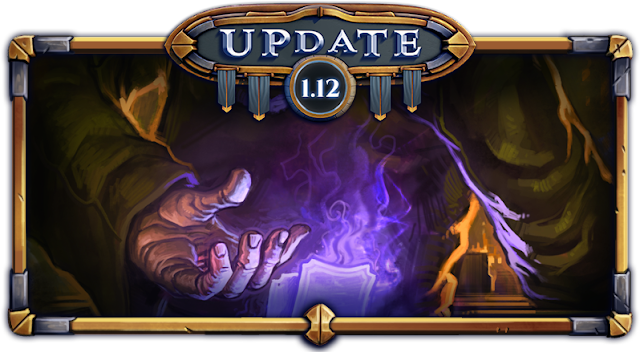 For the duration of Version 1.12, we’re testing a Wild Cards rework that attempts to put the power level of the mechanic in line with decks that do not use the feature. We have a full, in-detail write up of what we felt needed improving, and the reasoning behind the solution we chose, here.

Here’s the change we’re going with:

We’ll regularly be doing surveys throughout this patch, featured in the in-game news. Make sure your opinion is heard and express your honest opinions as the meta around this rework develops!

Note: Attack Speed is now being referred to as “Attack Cooldown”. Attack Speed usually has a connotation that would indicate - the higher a unit’s Attack Speed is, the faster an attack is. However, in our game it is the opposite. As such, we have decided to rename it to Attack Cooldown to better reflect what is actually going on.


Zealots of the Burning Fist