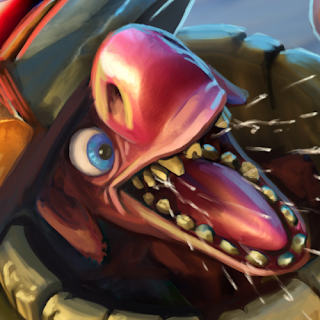 Coming in Version 1.11 is a major overhaul to how we're treating low mana cost cards. The main idea behind the upcoming changes it re-balance the value of 1 mana cards in general. Currently, we feel that the mana slot is offering far too much value for cards that should be primarily included for their cycling value, and should not be able to out-value cards of higher mana costs. In general, we want to aim for 1 mana cards to be on the same power level as a Mana Puff.

Specifically, we feel that cards like Screaming Scrat and Sewer Scrat are two of the biggest offenders in this regard, frequently trading for cards that are of a much higher mana cost than them as well as offering cycle opportunities and easy bridge capture. Particularly at a high level, there is no real downside to including these cards in your deck, often limiting choice when it comes to deckbuilding.

So, what are the changes? In some circumstances where we felt a card was too powerful to be a 1 drop at a design level, we opted to re-scale them to a higher mana cost rather than harm the identity of the cards. An example of this would be Sewer Scrat, who becomes a 2 mana card with a slightly lowered Poison duration to 3 seconds, but now comes as an Armored Sewer Scrat instead.

There's a lot of interesting play space in both the control style and bridge grab metagames, and we believe that by removing the efficiency that most 1 mana cards have, we can create a more diverse spectrum of choices for players to make when it comes to those elements.

Additionally, there is a secondary benefit to the changes we wish to make - It helps lay the ground work for the upcoming Wild Cards rework we are currently planning. We'll have more news on this at a later date, though do note that this will not be included in Version 1.11.

Here are the changes we're currently planning to make:

Additionally, there are some extra changes related to these that we feel are appropriate to share:

Those aren't all the balance changes coming in Version 1.11, so stay tuned closer to the release of the update on the 26th of March! 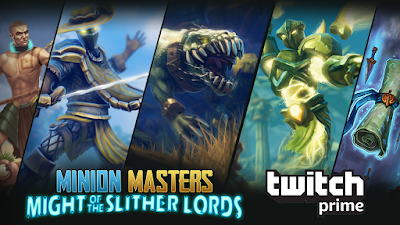 Everyone's a fan of free DLC, right? For a limited time only, you can get a free copy of the Might of the Slither Lords DLC from Twitch Prime, usually worth $15, even if you already own the DLC!

Might of the Slither Lords gives you a wide variety of powerful Slither cards - From the humble Slitherbound to the ever-useful Daggerfall, it's the perfect set of cards to add to your collection, and comes with two exclusive Slither cosmetics. Don't wait - Get your free DLC now with Twitch Prime!

News regarding the Corona Virus

Due to measures being taken in Denmark regarding the Covid virus, we're switching to working remotely as much as possible for the next two weeks. There's no immediate risk to us, but we're doing our part to help stop the spread of the virus. Unfortunately, this may mean expectations of upcoming updates may be slightly lowered - A bug fix might take a bit longer, news might be delayed - But we don't think it will have a major impact unless it becomes more serious.

We just wanted to share the news so you know why the spring might be a little different from what we normally do. Now to figure out how we're the most effective when we're apart :)