1.6 is rapidly approaching, so we've got lots of news to be sharing regarding it. 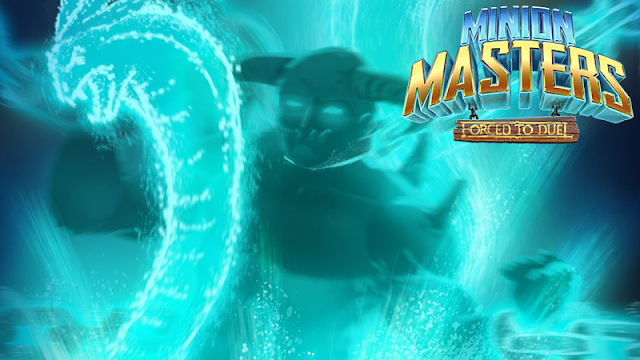 We've got a number of changes coming to cards both recent and old in this update. Here's a quick look at a few of them ahead of time:

Ritual of Servitude
Disruptor Puffs
Spawn of Fury
We've got more change coming soon, and there's one perfect place to find out about all of them in one go. That of course would be...

We've got a Developer Stream for Version 1.6 occurring on next Monday, the 14th of October! Hosted by Community Manager That Sprite, we'll be showing off all the upcoming balance changes and the new Apep Rework in action live! Make sure to be there at 17:00 UTC on the BetaDwarf Twitch Stream!

TEAM MANA FRENZY is excited to continue it's “PLAY-OVER-TIME” series! Participants can play each match at ANY time over a set period of days against the assigned opponent, so you have flexibility to control the scheduling of your match, and play at a time that works for YOU!

EVERYONE who participates, win or lose,  gains TEAM MANA FRENZY Experience Points; as you gain XP, you can LEVEL UP to unlock more free in-game content! For those who place highly, up for grabs in each of the weekly TEAM MANA FRENZY events will be various prizes, as well as invites to the SBI - a monthly INVITATION-ONLY event where you can compete against the best of the best for CASH and Glory!

Keep an eye out for these off-stream tournaments being held WEEKLY by members of TEAM MANA FRENZY including BadAsAfish80 and Sinobii, with a new event scheduled to start every week! Registration is currently open for the next event starting Monday: Sinobii's October Battleground Qualifier Tournament. Find out more and register now at: https://www.toornament.com/en_GB/tournaments/2852166796840239104/information