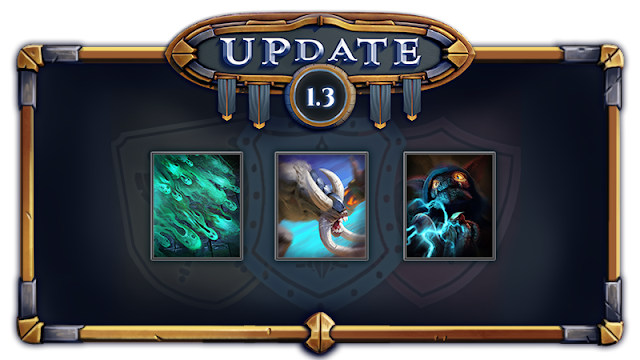 This patch we’re bringing some frequently requested features to the game by means of a streamlined Bug Reporter and 2v2 Report option as well as a tonne of balance changes to shake things up in the meta.

Please note that for the time being Xbox will not have the Bug Report feature. The Unity feature we use for reporting does not currently support Xbox, but we’ll be investigating how to make it work for Xbox in the future.

Also note that the In-Game timer for the next Battle Pass has increased. We’re doing this to align the Battle Pass release with something as yet unannounced.
We’ve added another weekly quest for you during this time, so you can get even further in the Battle Pass and claim those rewards!

With all that away - Let’s dive right in!

The Tri-Team Tourney has returned! Collect 15 keys for the house of your choice and vote for which card you’d like to see in the game next! You can only vote for one house, so choose wisely, and earn yourself a Random Legendary Card!


The event will last until the release of Version 1.4 - Good luck!

Help us help Minion Masters without even closing the game! With the new Bug Reporter tool found in the Settings Menu, you’ll be able to attach a screenshot of the game, add Replays and Crash reports, and give detailed descriptions on the issues encountered. Thanks in advance for our awesome community’s commitment to helping us catch bugs!

Also coming in this update is the ability to report your teammates at the Results screen for Leaving matches or Griefing. Simply click the Report button and choose between the options provided (You won’t be able to report someone for leaving unless they disconnected from the game) and your replay will be submitted to us for future review. Note that no action will be taken against players before the replays are viewed by a dwarf, and simply being bad at the game doesn’t count as Griefing ;)

We’re including a huge number of changes in this patch - quite possibly too many to write full Developer Comments for. Check out our Developer Stream VOD for the initial reveals of these changes and insights on them!