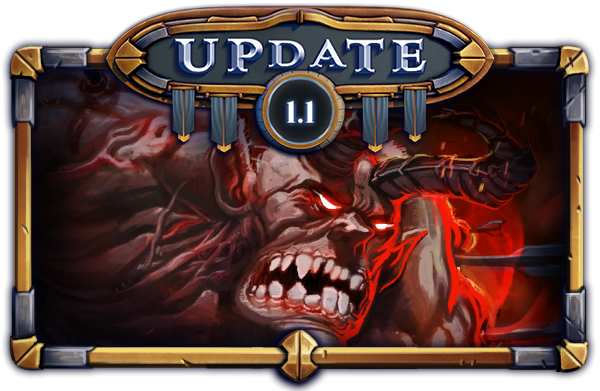 Note: There is a visual issue with the Rank Reset that is currently displaying incorrect information. This is purely client side, and you will have received the correct rank on the server.

It’s been a hectic week since the release of Minion Masters, and our servers certainly took a hammering from all of you! We’ve been steadily patching things on our end as we go along, but there’s a number of client side changes and fixes we want to make today with this update.
Rest assured that we’re working on more fixes for the next patches, they just take time to solve.
In the meantime, keep reporting all the issues you encounter, it’s most helpful!

New in this update is the community-voted Spawn of Fury!

This Legendary Spell offers pain and duplication, splitting your strongest minions in half to wreak havoc on the battlefield. Spawn of Fury is available to Recruit for 2000 shards, and is obtainable from regular Power Token spins. 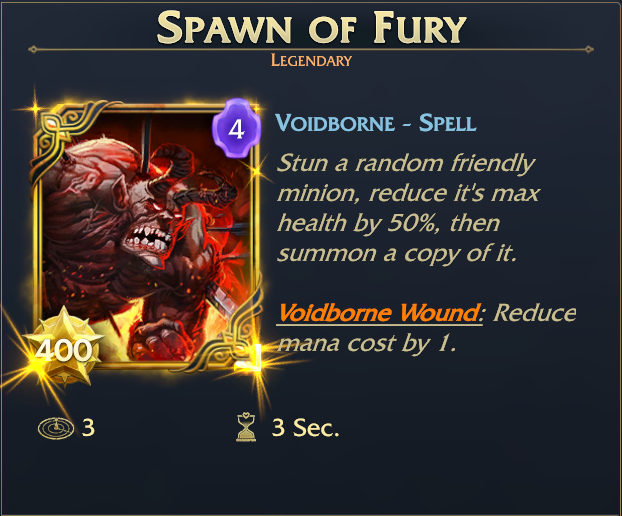