It's just a few days left until the release of our new Mini-Pass, Zen-Chi Zap, and we've been working hard on both it, our next Battle Pass, and the Xbox version of Minion Masters to ensure the next few months will be the best Minion Masters experience yet. There's tons of exciting news just around the corner for everyone, and the time that we finally get to reveal all of it is steadily approaching. 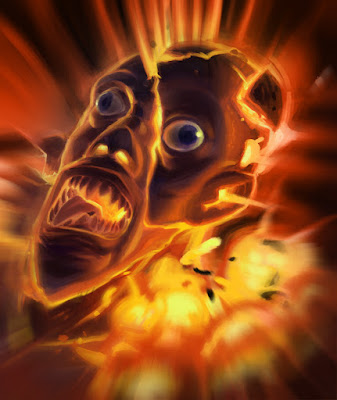 Coming in Update 92 will be a balance adjustment to the recently reworked Combustion. We've received a lot of excellent feedback regarding the card since we reduced both its damage to the Master tower and its explosion delay, and we're in agreement that the card is currently too difficult to react against in its current state. As such, the time it takes for the explosion to occur will be increased from 1 to 2 seconds, giving the spell itself (including cast time) a total delay of 3 seconds.

The Inside look at Xbox

Minion Masters for Xbox Live has been progressing at a great pace behind the scenes, and we're almost ready for it to be available for early testing via the Xbox Insiders program. We're excited to get feedback on this version of the game, as it's been a long journey adapting the game for our multi-platform release. At some point in the future the servers between PC and Xbox for Minion Masters will unify and we'll be able to support complete cross-play between the platforms - More on that at a later date.

On Monday, the 15th of April, join Community Manager That Sprite as we walk through everything that U92 has to offer, including the reveal of the final card from Zen-Chi Zap. We're revealing the season legendary Shen Stormstrike later today on our update website, so make sure to stick around for that as well as a sneak peek at the elusive Supreme card ahead of time. Make sure to stop by the official BetaDwarf Twitch Stream for your dosage update news, relaxing music, and Q&A!