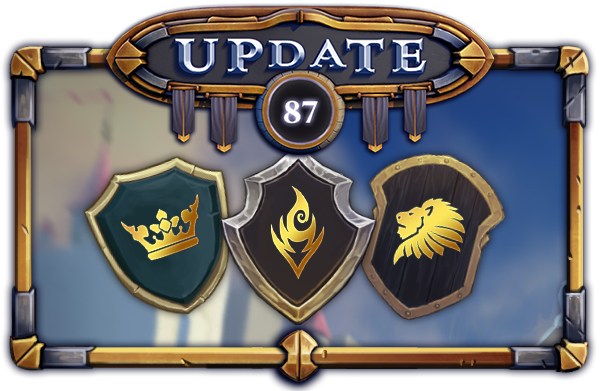 Guilds have finally arrived in Minion Masters! After many delays we’re confident in our new Guilds system, and while this is merely the beginning for the features we intend to implement, we’re ready to put it in the hands of you. Here’s what you can expect from our initial release:


Important to note is that this is a first iteration of the Guild System. We don’t intend for this to be the final version of the feature, and we have lots of ideas for how to expand upon it in the future. Your feedback will be invaluable in the next few weeks, so make sure to communicate with us about what you like or dislike.