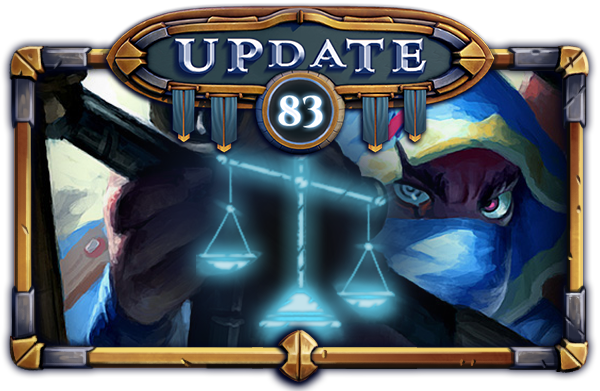 Minion Masters!
We’ve got a heap of Balance Changes heading your way, along with some adjustments to the Mayhem structure and some other improvements.


--- Developer comments ---
Arcane Bolt was in general underperforming and wasn’t really worth considering, as it wouldn’t have enough of an effect for its mana cost against slightly larger units. By increasing its kill threshold it will be able to take down more mid-range units and help tackle larger singular units thanks to its lengthy stun.

--- Developer comments ---
Rather than create a massive redesign of the Archer summoning that’s key to the identity of the card, we’re opting to try making Thelec himself much more dangerous to go up against, so that there is still value to be obtained from him. An increase from 60 to 70 damage adds a lot of additional DPS to him, which should make him a more prominent threat even if the Crystal Archers are eliminated.

--- Developer comments ---
Ghost Turret was originally nerfed from 8 range to 6 as it became too much of a “answer everything” card. We don’t really want to push it back to that role, so we’re opting to give it an identity as the tanky close range turret that still has its excellent DPS, making it a good answer to melee minions at the expense of not taking the bridge.

--- Developer comments ---
Styxi has been a fan favourite of some for a long time, but he always suffered too much against midrange matchups for 6 mana. The 10 second depression time was brutal and he was only good against Swarm or multi-unit minions as a result, so we’re hoping to make him a bit more consistent and playable with this.

--- Developer comments ---
Gax is a legendary card that has been underperforming for a long time despite some niche deck usage. We believe that by giving it an extra 25 Damage he should be able to have that much more of an impact on the board state, even on minions he doesn’t outright kill. At the same time we’re wary of over-buffing him, since he can have such a massive impact.

--- Developer comments ---
What this means in realistic terms is the speed at which Ghost possesses a unit will increase. Ghost is a risky card to play, but the rewards for it are great - We’re hoping a buff like this can help balance out the risk and reward factor of it.

--- Developer comments ---
Battle Shi-Hou suffered a lot from its previous big nerf after its release, being too inconsistent to consider putting in a deck. It was simply too slow at lower stacks, struggling to deal with most common matchups even after the recent HP buff it was given. We hope that by increasing the Base Attack Speed his performance with lower amounts of stacks should greatly improve, while his high stack attack speed will remain relatively the same.

--- Developer comments ---
Generally seen as one of the worst buildings for a while, Scrat Launcher was far too easy to kill at 5 mana since it had to be played so close to the bridges that any ranged unit could attack it with ease. With this HP buff it should be more resilient to ranged chip damage while still remaining vulnerable to said units, or a handy Bazooka Scrat. 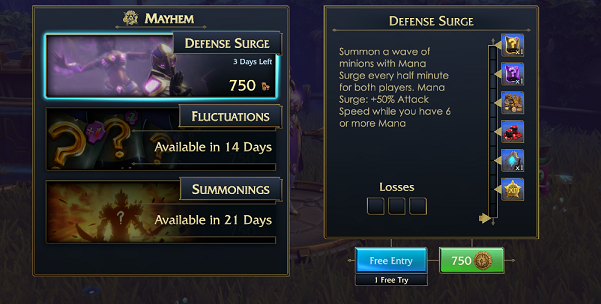 As mentioned in our blog posts, we are including some revisions to the Mayhem structure in this update. Here’s what is changing:

These changes are largely experimental and are not set in stone for the future, so we’d love to hear your feedback on them after you’ve given it a try. 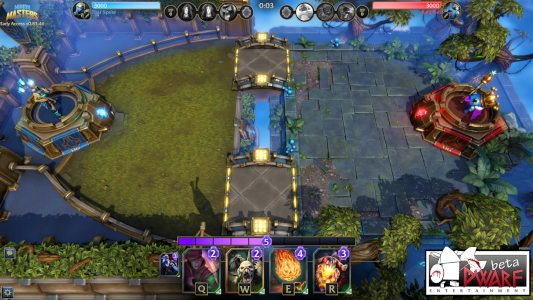