We're finally settling down after the chaotic Discord release. It's been a busy time for us, so everyone at the office is relieved we can get back to our regular fortnightly update schedule. That of course means there isn't an update this Wednesday, as it might suggest. But that doesn't mean we haven't got anything to talk about today! We have news of iterations, tournaments, and an update regarding Guilds to deliver.

First, however, we'd like to take a moment to address issues with the Rabid Prowler card. We're aware of the bug that has caused it to regain its frenzy and we would like to apologize that this happened. Sometimes things can happen a little too quickly and issues slip by that would be hard to find during regular testing patterns.

However, we also do not have the resources available to perform a hotfix to either disable or fix the card before the next update. Our current setup would require a lot of work on our end to prepare a release for this issue as well as server downtime, and in a period where we have a number of large features to work on at once we want to focus on delivering those rather than doing additional hotfix patches. We once again apologize for these issues and the lack of communication on our end regarding them, and hope to improve in this area in the future. 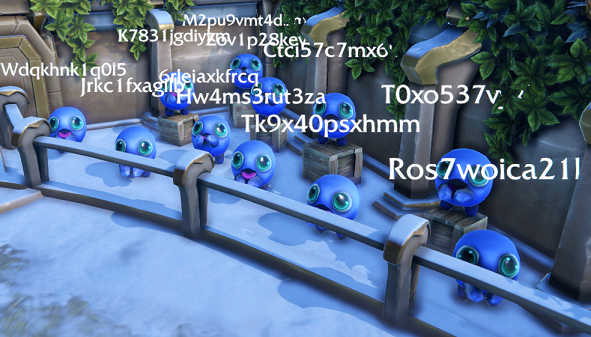 We're thrilled to see how much you have been playing around with our new Twitch features since their release. As such we're fixing some quirks with the system and making some adjustments - nothing too crazy at the moment. For instance, we received some feedback that 9 characters for an audience puff's name was simply too small - So we're extending that to 12. We're also making it so that in 2v2 the Streamer Arena is prioritized to appear, to stop streaks of games where your puffs don't follow you into the match. Those are just some of the iterations coming - make sure to keep giving us your feedback on the features, Masters, as all of it counts! 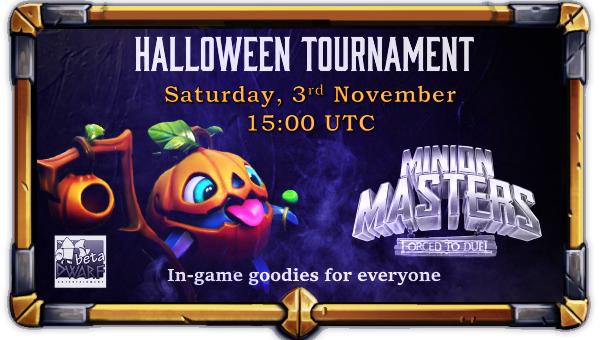 The community run Halloween tournament happened on Saturday! Edelweiss, Kishin, Mandrewski and everyone who helped behind the scenes worked tirelessly to ensure players had a well managed tournament experience, with few submission requirements and a horde of players to match. The top 4 eventually came down to videogamer77, Thehagengnome, smncub and Datenshi, with videogamer77 taking the tournament in a close 3-2 set against smncub. It was an entertaining experience for all involved, and the VODs for the tournament can be found here and here.

We have to unfortunately announce a planned delay to the Guilds feature. We're delaying it to the 17th of December for the time being, though we intend to keep this feature close to the frontline of what we're developing. We've chosen to do this as some great opportunities have arisen regarding Discord that we don't want to simply let by due to their benefits for both us and the playerbase at large. We can't quite talk about the details of these just yet, though, so you'll have to take our word on it. Therefore, we are making the call to delay the Guilds feature temporarily to ensure we can focus on giving you the best you deserve out of Minion Masters.

That's all for today, Masters! We hope you have a great week here at BetaDwarf and continue to give us the great feedback we've been receiving on our latest features.