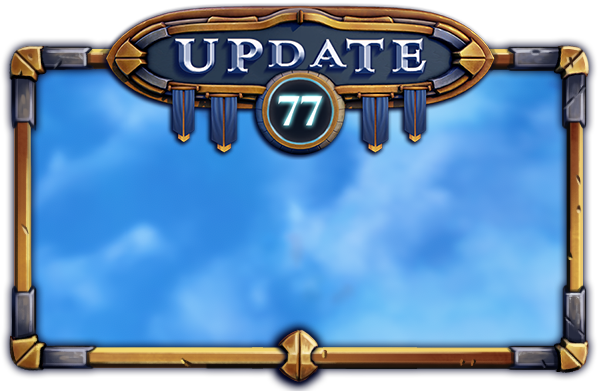 Recent updates focused on bringing bigger changes and even new content in form of a new game mode to the game. We also overhauled player lobbies and the in-game shop. Today, we want to focus on Quality of Life features such as deck naming, more deck slots, an emote selector, reworked skyboxes, and lighting while we prepare for the Discord launch.

We also want to let you know that the server downtime will be a bit longer than usual, as we have to run, update & upgrade quite a few things to prepare for a stress test on Sunday, September 30th starting at 16:00 UTC, as well as the Discord launch later on. Unfortunately, we do not have any estimated downtime at this moment. For more information about the stress test, please see our latest blog post.

Deck naming
Deck naming is here! You can now give your decks a name of up to 16 characters, and get organized. Try new tactics, have a deck for each day, you do you! It is now more convenient than ever to take advantage of all the deck slots you have.
Note: Only you can see your deck name.

Cheers from BetaDwarf
By LOLPATROL - September 26, 2018