Did you have a nice weekend? We sure hope so. We also hope that you saved some Gold or Rubies for the upcoming Draft event because it's not just about more rewards! It's about the release of the Incubus, a card designed by PedroEX - winner of the Minion Masters Card Design Contest 2017! 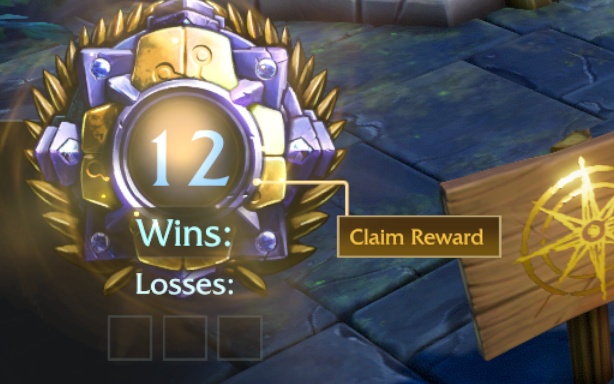 Most of you played Draft for a run or two already. Some players are known for playing Draft the vast majority of their time or even exclusively. For all players never touched Draft before, here's a short explanation:

As soon as you start a Draft, you'll get to choose a Master out fo 3 random Masters. With your Master chosen, you'll get to pick 1 card at a time out of 3 random cards until your deck is full. After that, your Draft run begins and you'll get matched against other Draft players. A single Draft run can last for a maximum of 12 wins. If you lose 3 times throughout your run, it's game over. Pretty simple.

On Wednesday, March 14th, we'll start a Draft event lasting until March 28th. This event will introduce a new card and additional one-time prizes available during the event. These one-time prizes will be available at certain win thresholds. Here's an overview of what you'll get and when:
If you manage to achieve 12 wins during the event, you'll get the new card - and Minion Masters Card Design Contest 2017 winner - Incubus! This is the only way to obtain the card during the event. After the event has finished the card will be available through spins and crafting as usual.

During the event, there's also a 40% chance to get the Incubus as a card choice for every Draft run.

While a Draft event and a new card are amazing, we will also introduce several bug fixes and more. One of the most noteworthy bug fix should be that Musketeer will function normally again. No more frustration with this unit after it dodged.

As it stands, we won't introduce balance changes with Update 61 since we want to gather more data in order to make informed decisions.

That's all for today, Masters! We're just as excited as you about the Incubus and can't wait to start the first Draft as soon as the update will hit on Wednesday. See you there!