Some days are special. Do you know that feeling? When you wake up in the morning, grab some coffee and all of a sudden, you feel pretty darn good. Not because of the coffee, but because of the day itself. Well, we had that feeling today. And there’s a good reason for that. Before we go into more detail, let us tell you a little story. 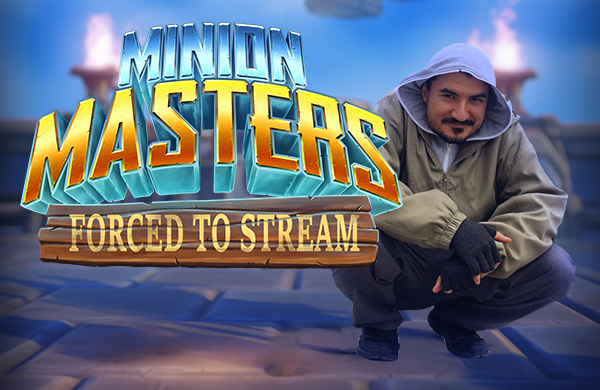 A Streamer Was Born

Octavian Morosan was a known World of Warcraft player. He was not even a streamer, but he got popular within the World of Warcraft scene. He completed the WoW Ironman Challenge as the first person, had a position in a leading raiding guild called Exodus and was recognized as a competitor for the top Hunter DPS. Octavian “Kripparrian” Morosan started his career on screen with Youtube videos. He made World of Warcraft Tutorials.

When Diablo III finally got released, Kripparrian produced in-depth videos about the Diablo III mechanics. He became more famous. Together with his “Team NoLife” teammate Krippi, he also gained fame for getting the world first Hardcore Diablo kill on Inferno difficulty. This time, live on Twitch.

After Diablo III, Kripparrian started playing Path of Exile. Another success story. Kripparrian became the Season 1 Champion after winning the most race points in Path of Exile's Hardcore Race Series. His presence in the Path of Exile community was so beneficial to the game's growth, that he gained special thanks from the developers (Grinding Gear Games) in the end credits!

Finally, Kripparrian obtained a Hearthstone beta key. That caused a huge spike in popularity and competitive growth, coming close to winning his first ever live tournament in the 2013 BlizzCon Innkeeper's Invitational and participating in the prestigious tournament ESGN Fight Night both as a player and a caster.

True Masters are Forced to Stream

Today, we want to announce Octavian “Kripparrian” Morosan. Yes! Kripparrian, the former top player of World of Warcraft, Diablo III and Path of Exile will stream Minion Masters. So far, Kripparrian plans to stream on October 5th, 7th and 9th.

We don’t know about you, but for us, this October truly turned into “Eventober”. We have the King Puff 2vs2 Cup coming Saturday, October 7th. The Monday Night Masters League starts today and the first games will be broadcasted on Monday, October 9th. Here's the VOD of the live introduction! At the end of the month, we have a big Grandmaster Tournament with a serious incentive to participate. Also the voting for the ESL Go4 Series is still ongoing. Right here, we want to shout-out thanks to all of you! Our community, your effort, loyalty and feedback is the true success story of Minion Masters. And now, we take it to the next level.

Now that you know who Kripparrian is and that he’ll stream Minion Masters, we want to make sure that you don’t miss a single minute. Therefore, we highly recommend you to follow Kripparrian on Twitter, Twitch and subscribe to his YouTube Channel. He’s usually streaming at 11pm EDT / 5am CEST, so it can be a little late (or early, if you want so) for Europeans. But we’re pretty sure you can catch him streaming and by following him via social media, you’ll get noticed when he goes live. He also uploads to YouTube on a daily basis.

Let's talk about some other things!

Furthermore, we’re still working on the Expeditions. Actually, we're preparing an event for the start of Kripparrians stream. That entails a new card you can obtain through the expeditions. Maybe, you will meet Scott very soon. Our art team is working hard on new biomes. They are working with shadows and demons… creepy. Oh, and did we mention the new faction? Well, now we did. It’s all about the drones…

Our latest balance changes involved Bridge Shrines. We’re aware, that the possibilities to place them can prevent interaction. Therefore, we’re working on polishing the placement mechanics around the nook near the master.

We have some more in the pipeline for you, but we don’t want to spoiler everything right now. Just keep the term “Eventober” in mind. For now, it might be worth to play some Minion Masters, especially 2vs2 with a friend. Because the King Puff Cup is just around the corner.