Hi everyone,
It’s been a while since we updated the blog, we’ve had a lot of stuff to do these past few months as we prepared for PAX East. At the same time we were trying a new direction for the game, so things got really hectic at the office, but we managed to get all our stuff done with only 2 days of crunch!

Previously, when we went to conferences we’ve usually had to work in overtime (and overdrive!) for a week, but this time we managed to focus enough that people could go home to their girlfriends and complain about all the issues they didn’t get to fix that day :)
Now what does it actually mean, going to PAX East?Well, we were going there as part of the Indie MegaBooth, and we had a 10x20 feet space to exhibit on. 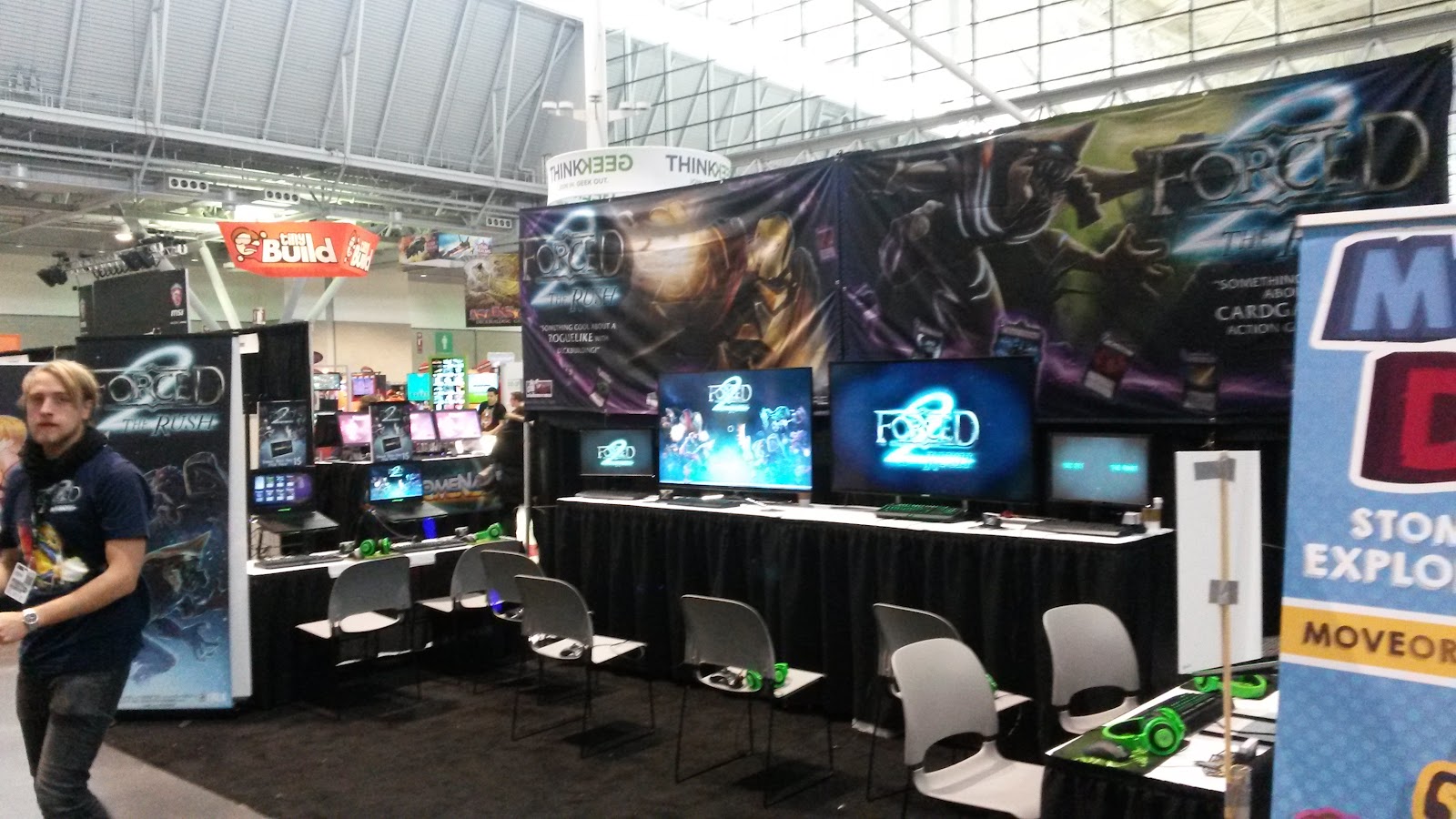 The booth fully set up
We spent all of the day Wednesday preparing this, 8 stations in total with 4 using mouse & keyboard and 4 using controllers.And then it started, tens of thousands of people flooding into the halls. Our booth became so packed people had to wait in line to play, and we had so much fun meeting old and new fans of our games! 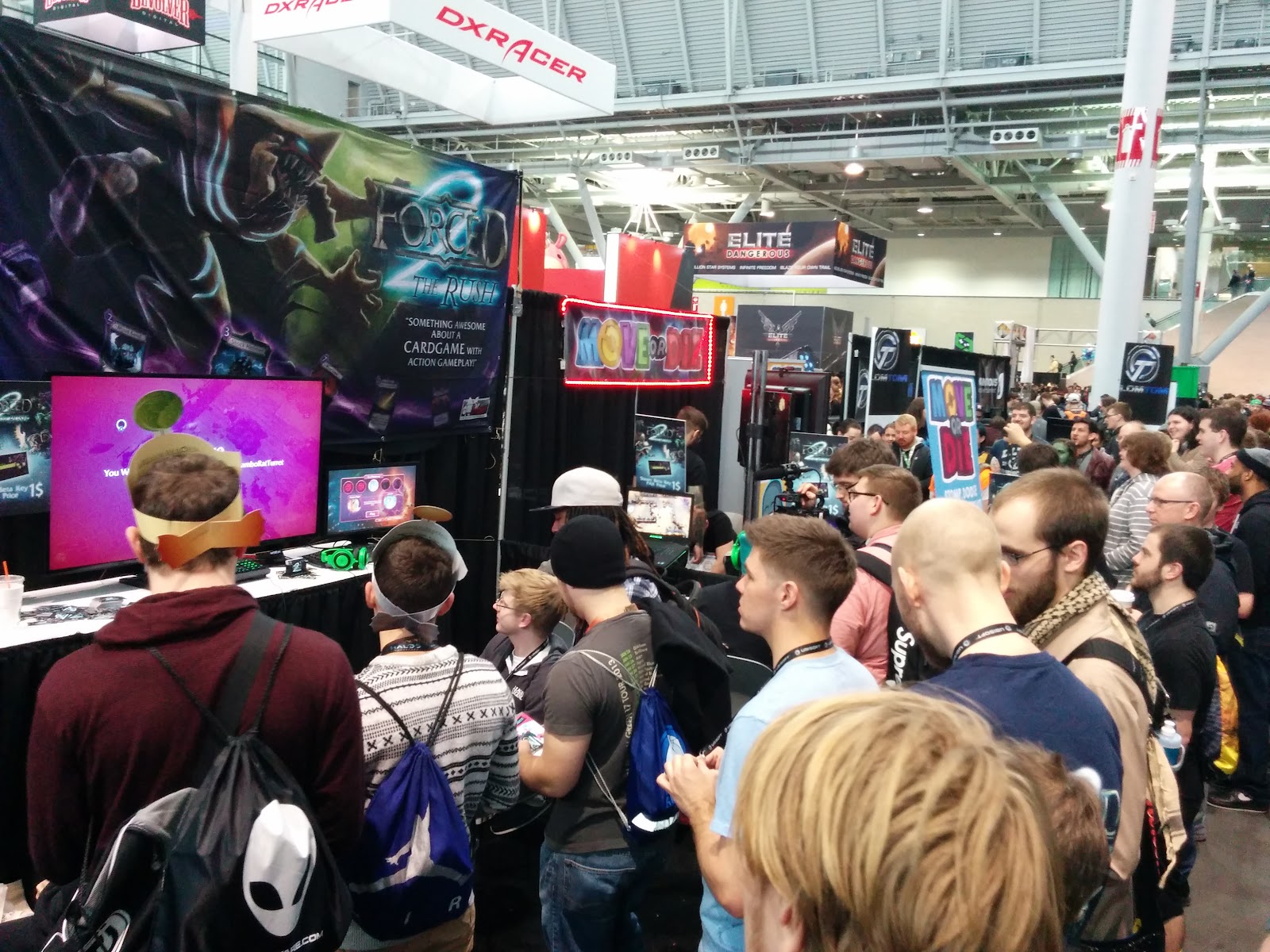 All packed, and this wasn’t even the busiest!
It was so busy we almost didn’t have time to check out any other games, but at least we got to play Overwatch. We had to, I mean, who isn’t a Blizzard fan? ;) 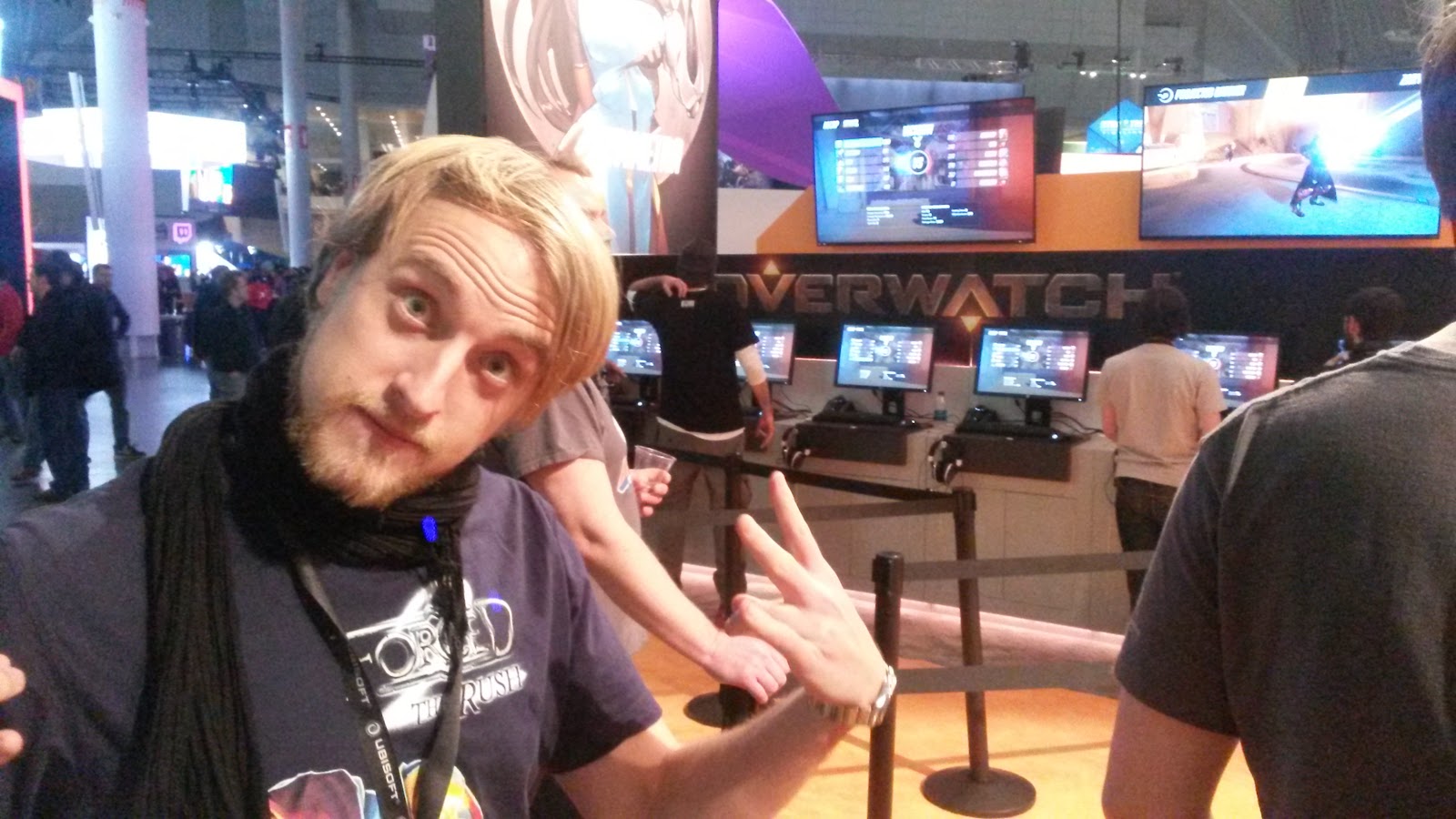 This is Romer, our Audio Designer and Booth Setup Artiste Extraordinaire
But now we’re back, and what did we actually get out of it?We got tons of feedback on the new direction of the game, people love the focus on a Rogue-like with Deckbuilding, but a lot of people also ask if there’s going to be Co-op.We also got a bunch of very flattering articles that press wrote about us.And last but definitely not least; we got almost 700 new people into our Closed Beta!
The community is building up, and we’re going to be taking good care of them, but that’s a tale for another time.