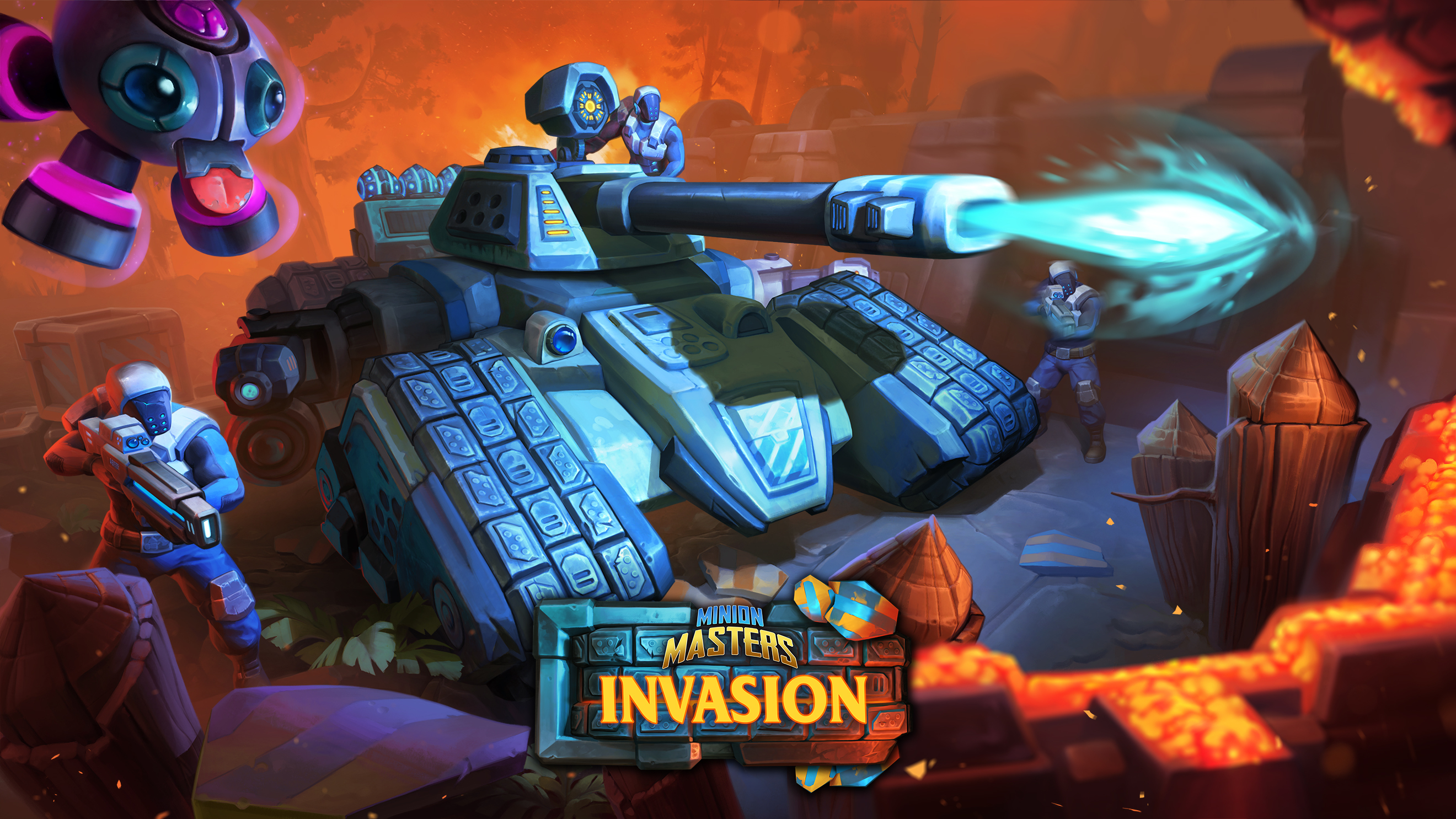 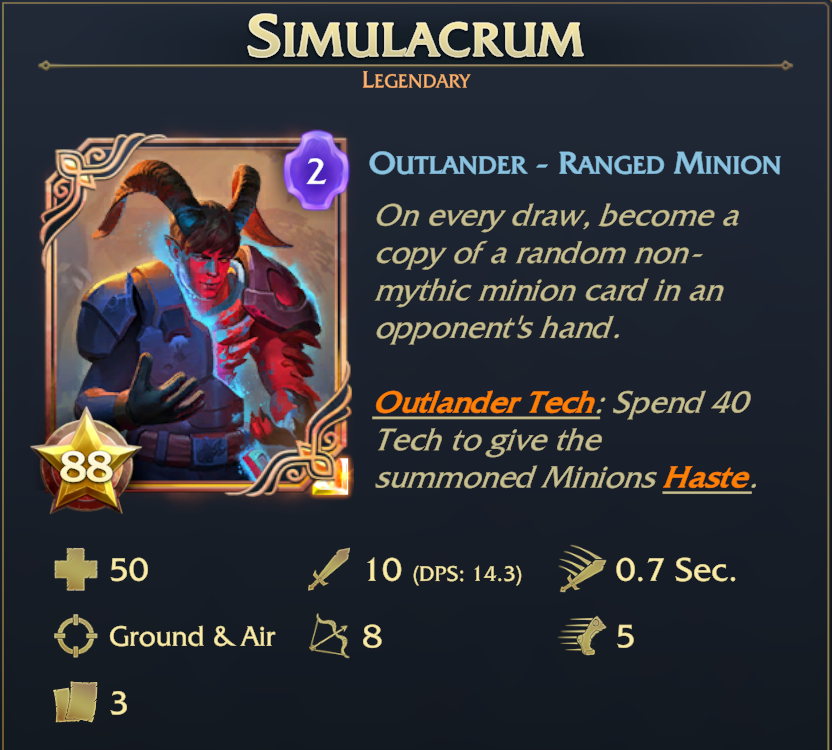 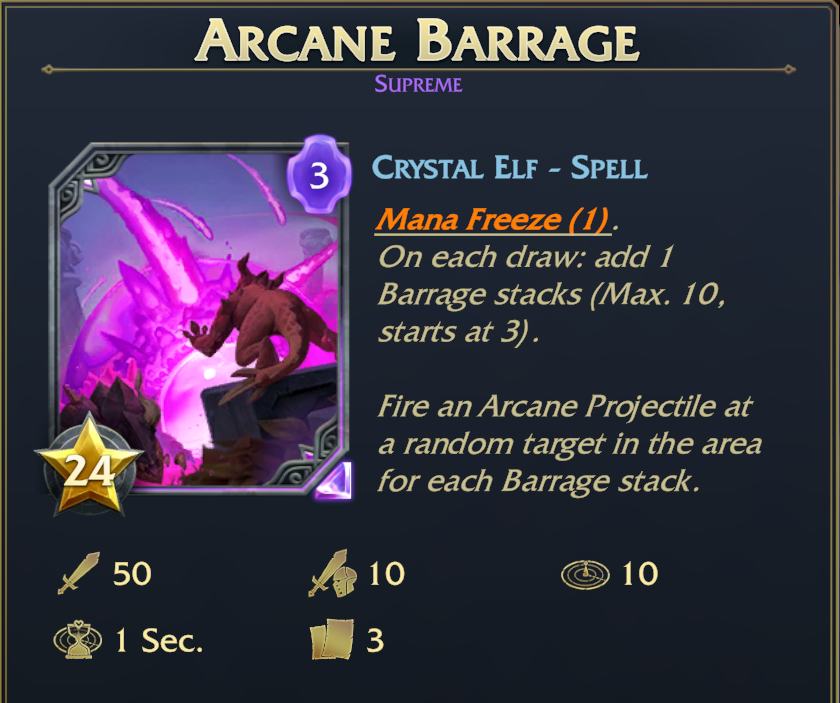 Developer notes: We are overall happy with how Mordar plays now, but he underperforms a little and needs a nudge.

Developer notes: We changed the functionality of the targeting Marked. This should make Marked more predictable.

Developer notes: Dragon Nest has been a problem to balance. In combination with Milloween it becomes a powerhouse. We have changed it to rely less on filling your deck with cheap spells.

Developer notes: Once Bitten is an issue because it makes Werewolves harder to balance around other spells because of its cheap cost. This design makes Once Bitten a little harder to use optimally, but can still create powerful plays.

Developer notes: It’s too easy for Ruby to defend herself using Plasma Blast, which was not the intention of her design.

Developer notes: while we think Diplomancer is in a good place balance-wise, but the Hypnotize effect feels frustrating to play against in many situations, so we have decided to reduce the frustrating element, while increasing the damage.

Developer notes: 3x rammer decks feel overwhelming to play against. Reducing the amount of Rammers to 2 might make Rammers too weak, but we will keep an eye out for them throughout this patch.

Developer notes: Harmful Souls has become the removal spell of choice in most decks, which was never the intention of the design. So we have adjusted its value to benefit more from being played in Accursed Ascension decks.

We have heard a lot of comments on our decision to move the new Legendary card into Premium. In this season, we are making the following changes to the Season Pass. This is very much a test and might change in upcoming seasons.

There were no Mayhems last season, we have fixed that, and there will be constant Mayhems this patch, and depending on how that goes, we will go back to the old schedule, or leave the new schedule in place.

The minion masters version number was not at the top left, making it hard to know what version you were on, it is back now.

Monitor Gn4ts would stop their movement if grounded by unholy ground. This is no longer the case.

Monitor Gn4ts would sometimes survive the unit that is hosting them. Now they die when the host dies.

Victory not being translated

The victory text after the match was over was always in english, now it is back to being translated into different languages.

The recruit friends button no longer freezes the game.

Emotes were packed too closely and rotated in their atlas, this has been fixed now 🙃

There was a series of actions in the emote menu that could freeze and crash the game. This has been fixed.

If you played Chain Gang and the next card you drew was Void Brothers, Void Brothers would swap sides again, but only for the team that did this, meaning it spawned an Assassin for one team, and a Fire Imp for the other team.  This caused a desync and has been fixed now.

Because of the Unity Engine version update some texts got misaligned slightly and have been realigned: