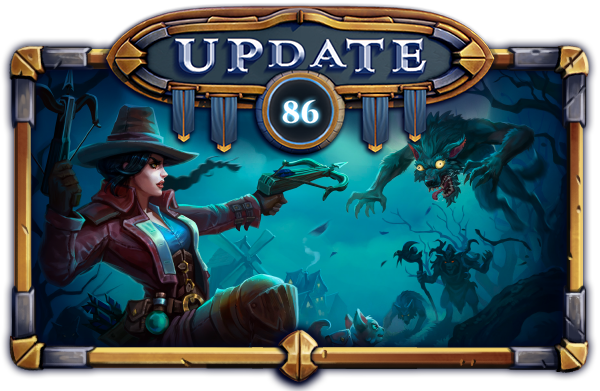 We hope you’re all ready for the first Master of 2019!
Wolves have roamed the woods for a good month now, terrorizing beneath the light of the Howling Moon.
The desperate cry for help is answered by Diona the Witch Hunter, who specializes in hunting the dark and dangerous.

Check out her details here or play her in-game - you can acquire her both through the normal Master shop or through the All Master’s DLC.
And don’t miss out on her legendary skin from the Battle Pass!

You can also check out her audio book story right here!

The Tri-Team Tourney is back! This time you get to choose which Legendary card you want to own instead of voting for a future card to be in the game. Your reward options are Scott the Sensitive Savage, Troubadour, or a Random Legendary. The teams are as follows:


There are 15 keys to collect for each team, which reward 10 shards each. You can only claim one of the three legendaries, so make your choice wisely!