Update 84 - Rise of the Howling Moon 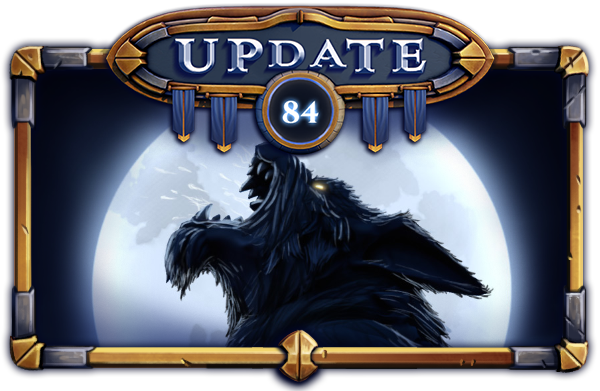 Minion Masters!
The fourth Battle Pass, the Rise of the Howling Moon is upon us! We’re bringing 8 new cards, 4 new emotes, 2 new skins and a fresh new Battle Pass with a nicer look to you, masters! And if that’s not enough, Diona will soon enter Minion Masters mid-season along with an elusive Tier 100 Mystery Skin!

Rise of the Howling Moon

As the sky fades to night, the wolves begin their hunt. Lead by the mysterious Witchwolf they wreak havoc upon those in their path, their lycanthropy instilling paranoia and distrust among even the hardiest group of warriors. Now they arrive in Minion Masters - 100 new tiers of Battle Pass content with all new season rewards and cards ready to be unleashed upon your unsuspecting opponents.

We’ve decided to refresh the Card-House Contest!
Stormy took the event, rather fittingly, by storm, so it will be added to the game in the future. For this contest the new concept Spawn of Fury will enter the ring - Cast this spell on Minions to bring pain and duplication. The event will last for 3 weeks, from December 17th to January 9th. Here’s the team lineups for this event:


When you open the chest for your team and card of choice, you will be registering your vote for that card. As always, you can only open the chest once, so choose wisely!
By That Sprite - December 17, 2018