It's just one week to go until the Battle Pass switches over to the Rise of the Howling Moon, and we're hard at work preparing for the content release. That of course means there is no update this Wednesday, and instead Update 84 will be on Monday, December 17th. If you've missed all of the reveals we've been making in the run-up to the Battle Pass release, you can find them all on our new Update site right here!

Last month we delayed Guilds on account of opportunities we wanted to focus on that we believe were better for the game. Well, another month another opportunity, and suddenly we're here, where the work on Guilds hasn't progressed nearly as much as we'd hoped for. Quite simply, the work with the upcoming tournament, as well as preparations for an upcoming [censored] have pressured the team much more than expected.

At this point we don't think it's going be a good release for the feature come the 17th, so we're opting to delay it till after the holidays. We still have details to figure out, but we're changing some planning behind the scenes to get more resources onto the feature. Once again we're sorry about the delay when we gave such a concrete promise, and we want to make up for the disappointment with a little gift. Go ahead and claim this code in the shop:

For the future, we want to emphasize that BetaDwarf is committed to delivering the deadlines we promise you, so when things don't go according to plan, or we see a great opportunity we believe will be better for the game that we have to take, we'll provide you with such a gift if the deadline is missed.

Of course, with Update 84 happening on Monday, we need a developer stream to go along with it! This time the date of the stream will be a little off course to meet the Update and will be happening at 18:00 UTC on Saturday, December 15th. We'll be showcasing the new Battle Pass live and maybe even playing a few games so you can see it in action. There'll be lots of Q&A available about the new cards and master, too, we could have a special guest from the developer team, and maybe we'll even be getting into the Xmas spirit with some giveaways? There's only one way to find out, and that's to be there! We'll be going live right here on our twitch channel. 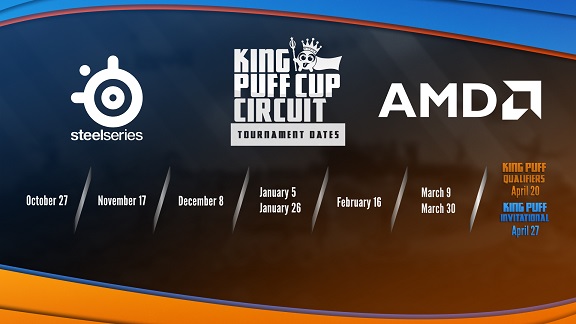 The 28th King Puff Cup happened on Saturday! The top 8 saw some new faces once again, with Datenshi and Frog Daddy battling it out, the latter ending with a tied third place finish. The finals ultimately came down to a classic matchup of Memfisto vs Katt, with Katt taking the grand prize of a Radeon RX Vega 56 Graphics Card, and Memfisto taking a $100 SteelSeries Code. If you missed out on the action, you can catch up with the VOD right here on the King Puff Cup twitch channel!

That's all for today, Masters! There's lots more news to come on our developer stream, though, so don't forget to be there for the last Developer Stream of the year!