We had quite the activity on the official Discord server last Sunday, hadn't we? According to observations we had ~1.500 users last Thursday and peaked at over 8.000 users on Sunday. And to date? At the very moment of this blog post Discord shows whopping 8.922 users! We want to officially thank every single one of you for the massive support & all the kind words about Minion Masters! We are more than glad you like the game & enjoy your time battling on the flying arenas.

One's a professional bug buster, the other guy the community dude. Of course, we are talking about That Sprite & Erythais! This week, our bi-weekly Dwarf stream will happen on Thursday, October 4th at 18:00 UTC which has mainly to do with the new Battle Pass Season 3 - Guardians of the Crystal Spire being scheduled for Monday, October 8th instead of the usual Wednesday.

The live stream will cover lots of details and information about Update 78, the new Battle Pass, new skins, new emotes & new Season cards! If there's time left after the reveal, we will also go through the other changes coming with Update 78, as well as internal news. Maybe, you even catch some leaks...

In any case, we recommend you to follow our official Twitch channel right away because missing any stream feels bad enough, but there's no excuse to miss a Dwarf stream!


In Update 78, we will introduce balance changes. We're mainly looking at the current Season cards, as they will become available via Power Tokens as soon as the new Battle Pass Season starts on October 8th. The following is just a quick look at some of the changes and - as always - subject to change. 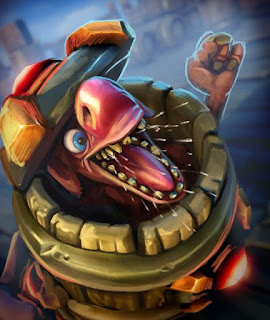 The Screaming Scrat is a little Armored Scrat that taunts all enemy units around (8 Range), has no summoning sickness, enduring enough to start to run immediately towards the enemy tower, and after 5 seconds of doing so it explodes for 100 damage to all nearby ground units. It also screams, maybe that's the reason behind it saw little to no play. Anyway, we will reduce the mana cost of Screaming Scrat from 2 to 1. 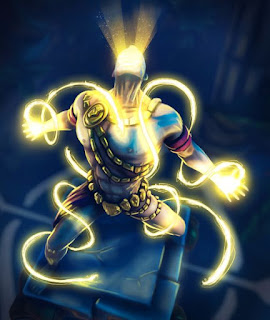 The Empowered Soul Stealer is a normal Soul Stealer with Marksmanship (+2 Range), which gives the unit a total range of 10, but makes it so that Stormbringer's Perk 2 doesn't affect the unit. Buffs don't stack. Soul Stealers also build up stacks (we call them souls), reducing the attack cooldown & delay by 20% per kill (10 souls are the maximum).

The Empowered Soul Stealer started his journey with 3 of these stacks if another friendly unit with Rage was already present on the field. We feel like that's not enough incentive to spend 2 more mana compared to the normal Soul Stealer, while also having to fulfill a condition. That's why we will change the souls on summoning if a friendly unit with Rage is present from 3 to 5. 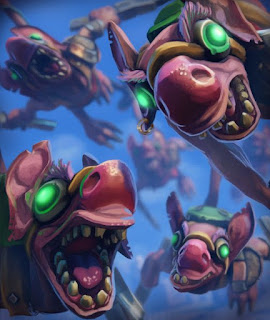 Before we come to an end with today's blog post, here's another goodie for you, Masters: we will bring back the little emote box which was accessible on the bottom left of the battlefield, containing all the emotes. That simply means that you will be able to use your 8 favorite emotes via the Emote Wheel accessible by pressing the "Y" key, but also all the emotes via the usual way ;)

That's all for today, Masters! Wait... what? No details about Battle Pass Season 3? Seems like you have to wait for the Dwarf stream on Thursday :P