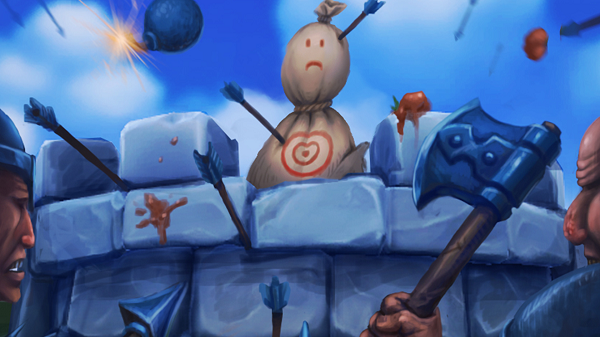 
But before we come back to the hype in August, let's have a look at what we can expect on Wednesday, August 8th! Update 73 will hit the live server and we have balance changes for you guys. After a lot of testing, we decided to implement the following changes:

That's a lot of changes this time and we'd love to get your feedback after you experimented with the implemented changes. Just use the usual communication channels for that (STOMT, Discord, Reddit, Steam). Alongside these changes, there'll be lots of bug fixes and - maybe - additional changes. As usual, everything is subject to change.

And it will be Mr. Quality Assurance That Sprite and our Community Manager Erythais, again. Get already used to that, because That Sprite would love to keep it that way. Interacting with the community is a passion for him and he's well prepared due to his experience casting for the King Puff Cup.

On Tuesday, August 7th at 18:00 UTC, we will be live for you again and this time it will be all about Battle Pass Season 2 with the exclusive reveal of said Battle Pass. Better make sure to not miss that ;) We might even have a special guest for you! We recommend following our official Twitch channel to not miss even a single minute.

Mentioning the King Puff Cup: the last tournament prior to the Qualifiers for the King Puff Invitational is scheduled to happen on Saturday, August 11th at 13:00 UTC. It's all about gathering those last circuit points and we can already prepare ourselves for another thrilling tournament brought to you by the King Puff Cup staff in cooperation with BetaDwarf Entertainment.

For you as a participant who wants to dive into competitive Minion Masters, the King Puff Cup is a very fitting environment and every single tournament comes with a prize pool of $350. Here's the official announcement including all the rules and the sign-up instructions.

That's all for today, Masters! We're happy to see you live on Twitch tomorrow and wish everyone an amazing start to the week.