The Best of House Valor tournament is running and our Masters are waiting for your votes to come in. We're just as excited as you are to see the standings by next Wednesday. Looking into the community, we spotted some things that are definitely worth a mention. Such as... 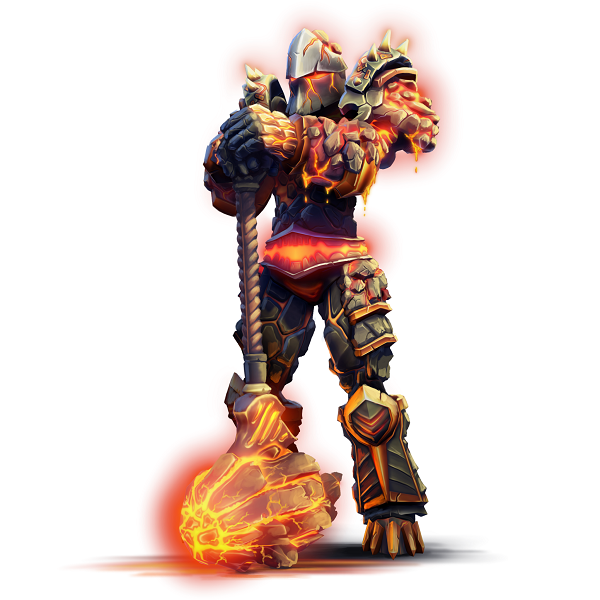 Well, the headline might be slightly misleading, because we will talk about one deck guide. Nevertheless, we had a good time in the office reading through it and trying the recommendations of the author ourselves. Here's the guide!

The author, raqyee, is an active player and community member known for contributing to discussions on the official Minion Masters Discord server. Now, the released guide is for a Volco deck and raqyee introduces readers with the following questions:

Do you have a small card collection? Do you not care about what your peers think of you? Is your primary drive to climb the 1v1 ladder no matter the cost?

Looking at the deck itself, the general direction is clearly aggressive. The deck doesn't contain a lot of "fancy" cards, but stables like Plasma Marines, Cleaver, Scrat Pack & Elite Swarmer. The deck is overall pretty cheap to build, but according to raqyee highly effective. After playing a lot of Apep with a "slightly higher curve", he figured he could do the same with Volco, but winning even more games and - probably - faster. And that assumptions turned out to be true. Once again quoting his own words:


This beauty got my dumb self to Master rank and if I can do it then so can you.

Well, we cannot agree with calling yourself dumb, raqyee, but we can safely agree with climbing ranks is not a matter of having "fancy" cards, but finding an efficient combination of cards and a fitting Master, along with having the experience to beat increasingly better opponents.

Thanks for your guide and we hope that it will help a lot of players climbing, just as it helped you!

Two weeks already passed by since we watched King Puff Cup 22 live on Twitch. On Saturday, July 14th at 13:00 UTC, the largest tournament circuit in Minion Masters kicks off KPC 23 with the Last Master Standing setting. Do we need to mention what's waiting for you? Just to make sure: high-quality matches between one of the best players in Minion Masters, thrilling and mind-blowing moments inclusive! The matches will be brought to you live broadcasted on Twitch by Daddy Dip, FFA and the rest of the King Puff Cup staff working hard to keep every tournament on that high-quality for participants in the background.

So far, King Puff Cup 23 has already enough participants to happen, but there is still a bit of time left for you to jump in and participate! In fact, the deadline for submitting your decks and signing up is set to 13:00 UTC today. So don't waste any time, start Minion Masters, brew 4 decks and submit them along with the Masters. All you need to know can be found in the official announcement - and don't forget to hit that sign-up link within ;)

Good luck to everyone participating!

That's already all for today, Masters! We will be back with another blog post on Monday and until then we wish everyone of you a nice weekend, as well as a good time on the flying arenas.