How’s it going with your favorite Master and the respective contestant so far? Even if the standings are not in your favor by now, there’s still plenty of time to turn the tides around. Our Best of House Valor event will end no sooner than Wednesday, July 25th. There’s also a lot of time for you to get ready for another, very well known, upcoming event. Of course, we’re talking about King Puff Cup 24. And since this is a Friday blog post, we spotted some more, very interesting community-created content for you. 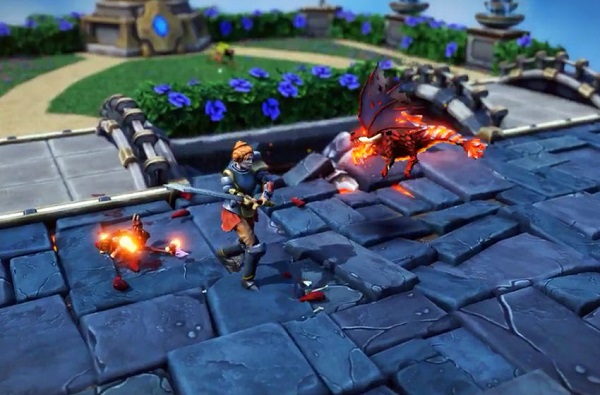 ...is coming from dedicated Masters! Recently, we featured raqyee’s Volco deck guide on our blog. He managed to reach Master with said deck and doubts that his former Apep deck could have achieved that in the same amount of time. Now, raqyee's guide is narrowed down to Volco and said deck. Edelweiss, a well-known community member, chose to go a different route with his Minion Masters Deck Collection.

What Edelweiss presents is a deck collection of popular deck templates you can often spot with slight modifications while playing Minion Masters. His collection as of now does feature 1vs1 decks, only. Edelweiss states in the guide that he will keep the collection updated with "good decks that have been tested."

We love that kind of dedication and engagement and want to say thanks to raqyee and Edelweiss for their time and effort! We also want to thank every other content creator for their time, effort and support!

There's only one thing we have an even closer look at than community-created content: Community-created projects. Zgriptor wants to make "sort of a deck tracker" for Minion Masters. While he isn't a programmer, he's good with numbers, data gathering & statistics, and so he had the idea to do a "manual deck tracker" for Minion Masters. How that works? It's best if he describes it in his own words:

"Hey. So I've had this idea for a while - making a sort of a deck tracker for Minion Masters in order to have some data about winrates based on decks, ranks and stuff like that. Now I don't know how to code / program an app to do that, but it can be done manually as well.

What do I mean by manually? Well, if you're interested in this stuff as well and want to help me out, you'd need to track an X number of consecutive matches that you play (see the spreadsheet & instructions for full info) and then, with enough examples I can run the data through SPSS to analyze it. It doesn't matter what rank you are, if you won/lost your games, or that you only could send data from 3 matches. To get accurate results I'll need as many matches as you guys can provide. Even 1000 matches are probably not enough, but they're certainly better than my 40 matches"

We love that idea. And we'd certainly love you to contribute to that project! The results over time will not only lead to a visible meta for everyone but also to improvements from our side to the game we all love playing. Here's the link to the official announcement, where you'll find everything you need to get started tracking your matches.

After all that amazing community-created content & projects, let's come to a community-created tournament circuit, which happens to be the largest so far in the competitive scene around Minion Master: the King Puff Cup.

Scheduled on Saturday, July 28th at 13:00 UTC, King Puff Cup 24 is planned to be run with the Conquest format. The King Puff Cup staff seems to mix it up for you - as good as possible - between Last Master Standing & Conquest. The rest of the setting is well-known and the tournament comes with a $350 prize pool on top of all the fun & intense matches.

Not only the participants can win something, but viewers also! BetaDwarf Entertainment will run giveaways during the King Puff Cup streams, starting with King Puff Cup 24. All you have to do is tune in, being active in the chat, and patient ;)

There's still a whole week for you to prepare and sign-up, as well as submitting your decks. The official announcement contains everything you need to know. See you at King Puff Cup 24!

That’s all for today, Masters! We wish everyone an amazing weekend, a lot of fun and success on the flying arenas, and can’t wait to see all of you next week with a brand new blog post on Monday & our Dwarf stream on Tuesday.